Yet another case of suicide due to depression. TV actor Manoj Goyal's wife Neelima's suicide note mentioned that she was suffering from depression. Once again it brings us to the fact that depression should be taken seriously. Here are 5 symptoms of depression that you should be aware of.

On Saturday, the wife of popular TV actor Manoj Goyal committed suicide. Manoj Goyal has acted in several popular comedy shows like Golmal Hai Bhai Sab Golmal Hai and Tu Mere Agal Bagal Hai. According to various news reports, Neelima Goyal was found hanging from a ceiling fan inside their bedroom in Alica Nagar Buliding, Lokhandwala. Manoj was out for a shoot when this incident happened. Their 8-year old daughter was at her coaching class and found her mother hanging when she returned home from her class.She is said to have rang the bell for a long time but she saw no response. After a long wait, she alerted her neighbours who informed the police. The police arrived and broke the door open to find her hanging. The police of Samta Nagar found a suicide note that mentioned that she is taking her life because of depression.  She also mentioned that she holds no one responsible for her death. The police have registered a case of accidental death. Family members also reportedly found no foul play in Neelima’s death. Also Read - Ayesha Suicide Case: Gujarat Police Arrests Absconding Husband Aarif Khan from Rajasthan

After the world was shaken by Chester Benington’s death who also had dealt with depression, the news of Neelima’s death warrants that we take note of the seriousness of depression. Depression is often not taken seriously by people. However, with so many suicide cases, it is evident that depression if not treated can get worse and force patients to take their own life. Here are 5 signs of depression that will help you extend all the support that the concerned  person requires. Once you identify these signs, this is what you can do to help. Also Read - Ankita Lokhande Reveals She Suffered Depression in a Viral Video About Sushant Singh Rajput 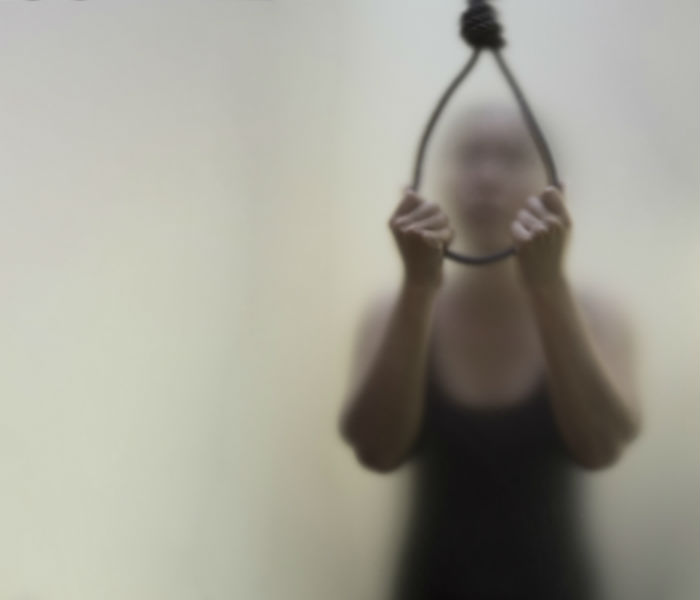 Also Read - With A Smile On Face Before Suicide, Woman Records Last Message Before Jumping Into Ahmedabad's Sabarmati River

A person dealing with depression will often have unpredictable mood swings. Sometimes they feel overwhelmed,  sometimes they can get angry for the silliest things and they might also show constant irritability.

A person with depression will often feel hopeless and worthless. They always talk bad about themselves and constantly mention their failures in life.

Talking of suicides or regular attempts of suicide are signs of depression too. If somebody you know has inflicted self harm more than twice, talk to that person and get him/her professional help.

If you or anybody you know finds even the simplest of daily tasks difficult, this can be a sign. Energy levels are low and there is a loss of interest in any favourite activities.

A change in appetite or sleep is also a sign of depression. Getting no sleep at all or over sleeping can be because the person is depressed. The same rule applies to eating as well. Loss of appetite or over-eating is a depression symptom as well.

These are the 5 signs that will help you identify depression. Look out for people and extend all the love and support towards them. Depression patients need somebody to talk to. Be that person.