Indian Idol 12: Jackie Shroff’s Durga-Printed Jacket Deserves a Separate Episode of Its Own

Indian Idol 12: Jackie Shroff wears a Kalamkari Durga-printed jacket that matches his quirky personality very well. Did you see that yet?

Indian Idol 12: Actor Jackie Shroff graced the latest Sunday episode of Indian Idol 12 on Sony Television. It was an ‘Apna Bhidu’ special on the reality show in which the contestants sang some brilliant numbers from the actor’s popular movies. While all the judges – Neha Kakkar, Himesh Reshammiya, and Vishal Dadlani – thoroughly enjoyed the entire episode like always, Jackie shared some interesting anecdotes from his life and his days of struggle in the industry. However, what stole the entire limelight on the show was the actor’s outfit.Also Read - Urfi Javed is a Smokeshow in a Hot Pink Cut-Out Dress, Internet Calls Her ‘Sexy’| Watch Video 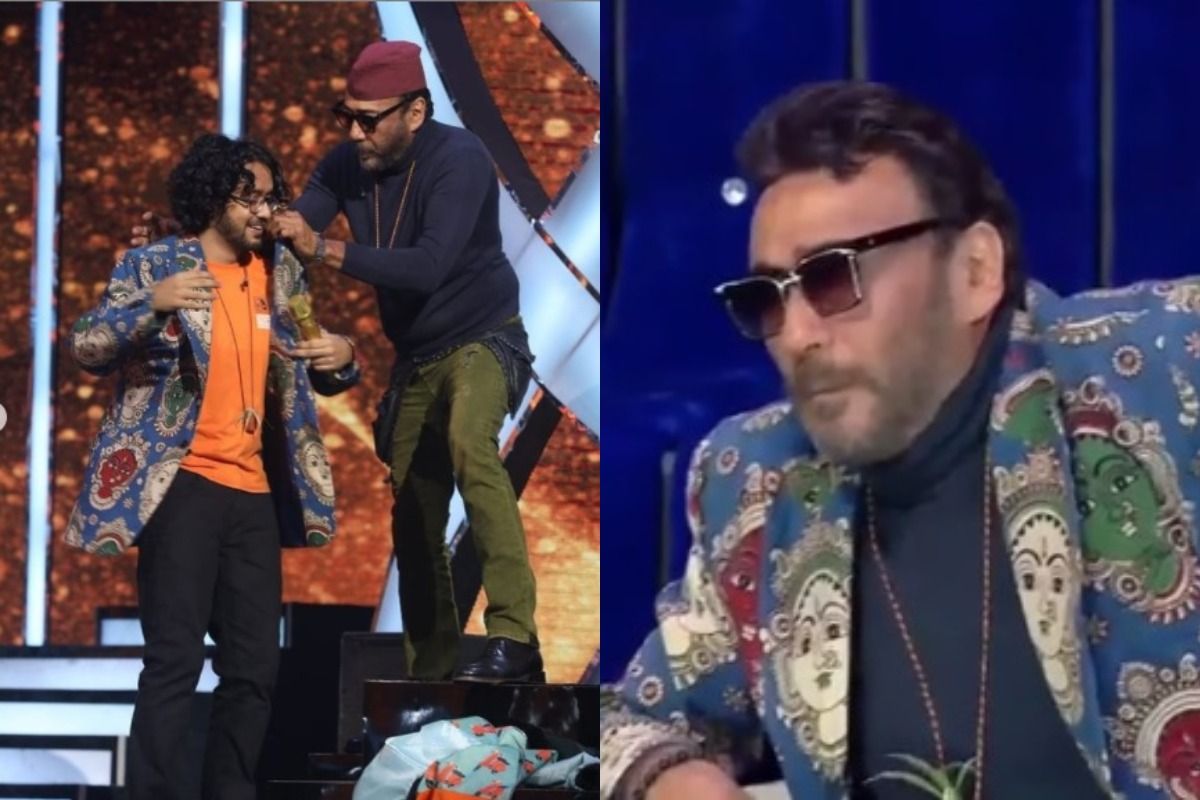 Staying true to his effortless and quirky personality, Jackie Shroff wore a Kalamkari printed jacket with a pair of olive denim and a statement long chain that had a pineapple pendant attached. It was a ‘Durga’ printed Kalamkari jacket that came in many earthy tones of red and green. Check out a video from the latest episode of Indian Idol 12 here: Also Read - Deepika Padukone is the Real Cannes Queen in Black and Gold Gown With Dramatic Shoulder Capes – Pics

The actor flaunted his distinct style with all elan. He seemed all energetic and totally mesmerised with the contestants’ powerful performances on the stage. Right from Hero, Aina, to Devdas among others – the contestants sang many melodious songs from Jackie’s hit movies. In fact, at one point, he was so impressed with a contestant that he gifted his jacket to him and changed into a basic denim jacket over the same pair of pants and the black t-shirt. The statement pendant remained unchanged, and ‘Apna Bhidu’ just took the stage by storm when he performed on ‘Oh Ramji’ with contestant Arunita, and also recreated the famous scene from Devdas as Chunni Babu.

Your thoughts on Jackie’s look?