Karisma Kapoor dolled up in a heavily hand-embroidered red sharara set by designer Ritika Mirchandani for her appearance on Indian Idol 12. How do you like that sharara set on her?

Indian Idol 12 news: Actor Karisma Kapoor recently graced the sets of the singing reality show Indian Idol 12 as the chief guest in a special episode that was dedicated to her songs in the popular Bollywood movies. The actor looked both graceful and stylish as she styled herself in red from head to toe. Karisma decided to go all blingy and big with her fashion choice on Indian Idol 12 as she motivated the contestants ahead of the Grand Finale that is to be aired soon on Sony Television.Also Read - Rahul Vaidya-Disha Parmar Wedding Reception: Bride Stuns in Rs 60,000 Sparkly Draped Saree | See Pics 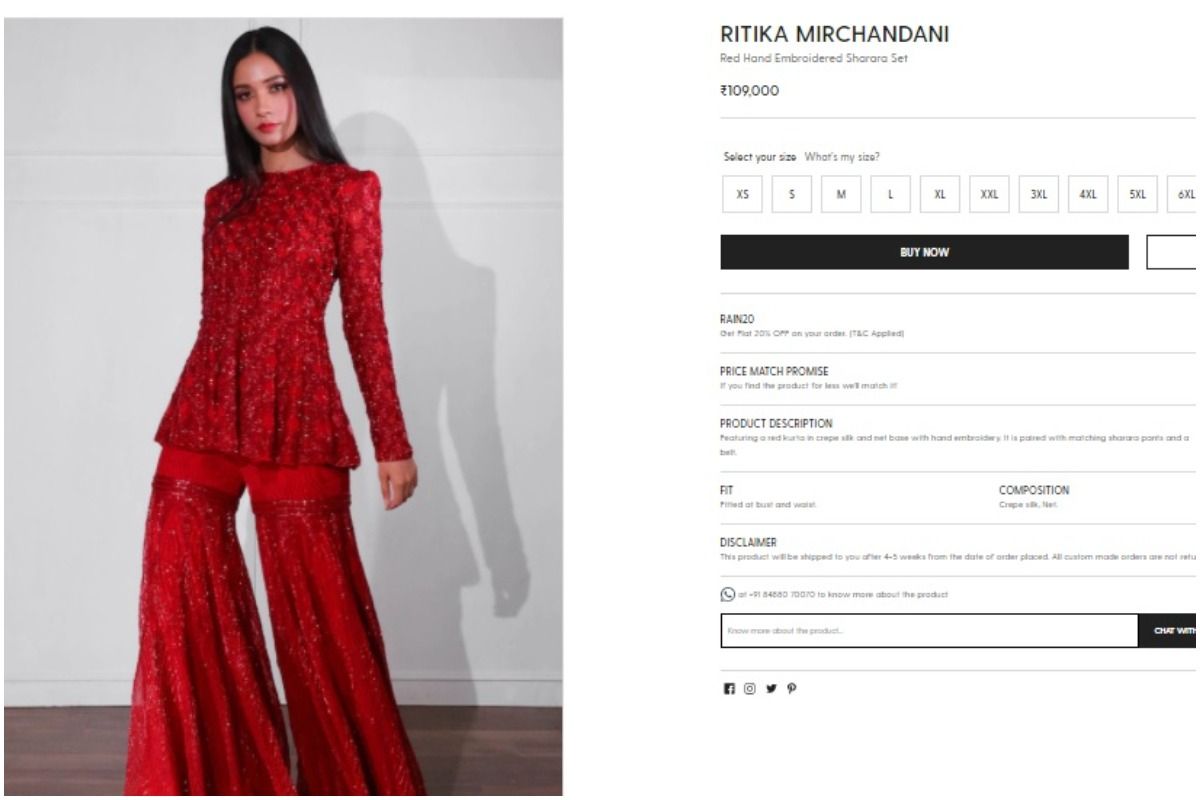 For her appearance on the show as the special guest, Karisma was styled by Eshaa Amiin in a bright red sharara set by designer Ritika Mirchandani. It was a two-piece outfit that came with a heavy hand embroidered kurta in crepe silk and a net base. The kurta was paired with a pair of matching sharara pants and a belt that camouflaged on to the top. The actor styled her bright outfit with diamond earrings, matching red lips, a lot of blush, and subtle makeup on her eyes. She further tied her hair in a sleek ponytail to let the dominating colour of her dress do the entire talking. Karisma looked like a perfect Bollywood stunner. On anyone else, this could have looked like a lot of red in one appearance, but Karisma made this look work for her. The beautiful red dress is available online for buying and is priced at Rs 1,09,000. Check out her pictures here: Also Read - Indian Idol 12 Grand Finale To Run For 12-Long Hours, Past Winners To Give Power-packed Performances

Karisma also performed on her hit numbers namely Le Gai and Pyar Kar from Dil Toh Pagal Hai (1997), and Ek Albeli song from Zubeidaa (2001) among others. The episode will be aired on Saturday night after which the preparations for the Grand Finale will begin. Watch out this space for all the latest updates on Indian Idol 12!