Urfi Javed wrote back to Diet Sabya mentioning how she's just happy to see her name there. The actor was being trolled for wearing a really outrageous copy of a barely-there black top in her recent pictures.

Urfi Javed trolled: Model and Bigg Boss OTT contestant Urfi Javed has set the internet on fire with her various bold looks. She walks the streets of Mumbai like it’s her runway, wearing some of the most outrageous pieces of clothing and getting clicked by the paparazzi for viral pictures on social media.Also Read - Urfi Javed Shares Her Hotness in Red Tube Dress, Fans Say ‘Haila Bomb Transformation’

After Urfi wore a barely-there black top, popular Instagram fashion critic account Diet Sabya featured her along with the picture of the original top, calling out Urfi for wearing a ‘gandi copy.’ However, she messaged Diet Sabya back thanking the account for featuring her anyway. Look at this: Also Read - Urfi Javed Makes Explosive Claims, Says 'Lost Anupamaa Due To Ex-Boyfriend Paras Kalnawat'

While trolling Urfi in its Instagram stories, Diet Sabya wrote, “She’s like I’ll give you KendallBellaGigiKylie all at once because I am 100 % That B**CH! Here for your energy babe, YOU DO YOU (sic).” Replying to the same story, Urfi wrote, “Don’t really care what you say! I’m just happy being mentioned by diet Sabya! I made it to diet sabya! Wow (sic).”

Urfi’s extra fashion sense has often been compared to Ranveer Singh who is also known for wearing the kinds of outfits that no one else can wear and rock the way he does. From flaunting the riskiest detailings to the weirdest prints and daring cut-outs, Urfi has been rocking it all with equal elan. Add to it her confidence and you know she’s here to stay and make everyone else believe in her way of looking at fashion. 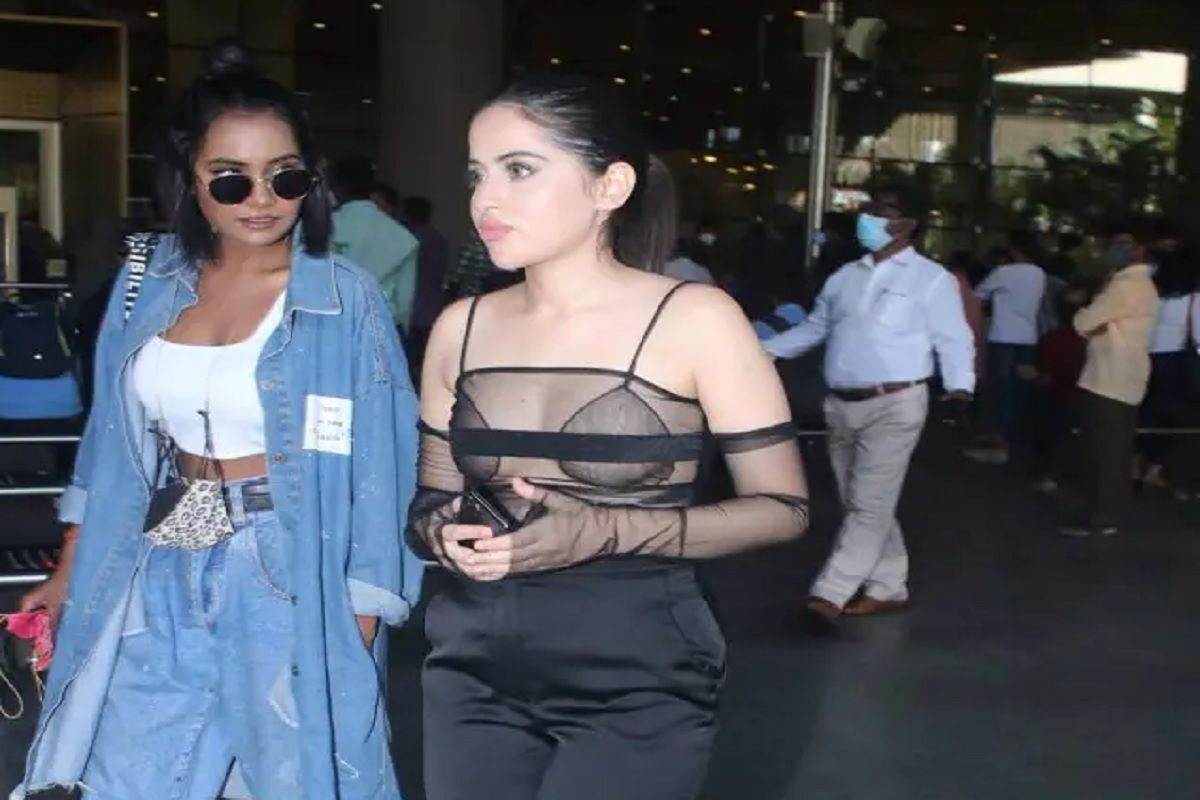 Earlier, while talking about facing harassment in the initial days of her career, Urfi had told Times of India that a filmmaker once forced her to do an explicit scene. “There was a scene where the actor playing my brother-in-law in the show was supposed to look at me, but the producer turned the looking in touching. She made that guy touch my legs and she started asking him to lift up my saree so that my underwear gets to be seen, etc. Then I realised that she played with me. But then I had to keep going,” she said.

Would you like to see Urfi continuing with her strange outfits?