Saif Ali Khan, for a magazine photoshoot, opted to wear an asymmetric teal blue kurta. He paired it with a matching Bandhgala jacket by the label Antar-Agni.

Actor Saif Ali Khan is known for his sartorial choices, his popular romantic roles, and his interesting choice of films. Case in point, Amazon Prime latest web series-Tandav, which is in the middle of a controversy because a section of the audience thinks that it allegedly insults Hindu Gods. The actor, however, is unperturbed by the controversy and is busy promoting his OTT show. For a magazine photoshoot, Saif opted for an asymmetric teal blue kurta and paired it with a teal blue bandhgala jacket by the label Antar-Agni.Also Read - Tandav Controversy Updates: Kangana Ranaut Reacts as Outrage Increases

The Dil Chahta Hai actor looks suave in that kurta and bandhgala combo and this look can be a perfect pick for both casual and formal men’s wardrobe. The actor featured on the digital cover of GQ India and was styled by Leepakshi Ellawadi. Also Read - Tandav Controversy: Another FIR in Lucknow Against Ali Abbas Zafar And Others For 'Hurting Religious Sentiments' 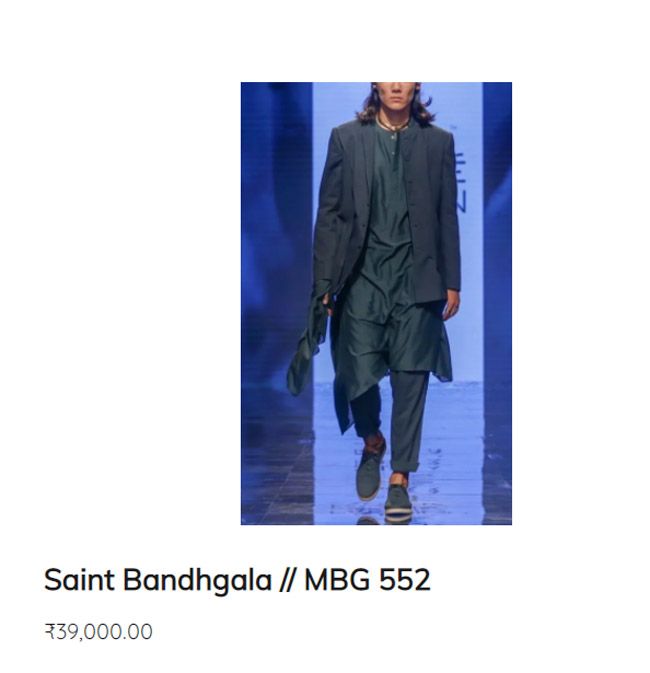 Saif, in his latest web series, Tandav, a red-hot political drama is portraying a complex role of a powerful politician. The actor, throughout the series, can be seen wearing a wide range of kurta pajama sets. If you loved Saif’s bandhgala look in the magazine shoot and want to add this look to your wardrobe, then you are in luck. The bandhgala is available on the Antar-Agni website and is priced at Rs 39,000. If you wish to pair it with an asymmetric kurta, then that’s available too on the website. It is for Rs 15,000. Also Read - Tandav Controversy: Netizens Trend #BoycottTandav #BoycottBollywood For Allegedly Mocking Hindu Gods

Saif Ali Khan’s fashion transformation from the boy-next-door to the stylish debonair superstar of the Hindi film industry has been an impressive journey. From donning the most dapper suits to slipping into a pajama, the 50-year-old actor can indeed pull off any look quite effortlessly.

On the work front, Saif will be next seen in Bhoot Police along with Arjun Kapoor, Jacqueline Fernandez, and Yami Gautam. Your thoughts on Saif’s Nawaabi-style on the magazine cover though?