Locust Plague: All you need to know about the agricultural threat looming over India. Get all your questions answered here.

What is a locust plague?

Locust is an insect that belongs to the family of grasshoppers. These insects are essentially harmless unless they meet certain circumstances under which they become more abundant and change their behaviour. India, Pakistan, and Iran are currently thinking over the locust plague threat lingering over their economies. When these locusts meet suitable environmental conditions, they become gregarious and start breeding abundantly. With their population becoming denser, they form swarms and keep moving across areas damaging the crops. These swarms attacking crops and thereby devastating the entire agricultural economy is what is commonly referred to as locust plague.

How does a locust swarm form?

There are four types of locusts that create a plague – desert locust, migratory locust, Bombay locust, and tree locust. The swarms that have built up this year are of the desert locust. When the locusts get a suitable environment and absorb behavioural changes, they change colour and often grow larger. They transform themselves from solitary animals into animals that increasingly start breeding, which results in millions of swarms. This majorly happens after a series of strong rain or amid damp environment conditions.

These swarms then travel in search of new food. As crops are something which is present in abundance in open fields, the locust swarms settle on a field with the aim to consume the entire vegetation. 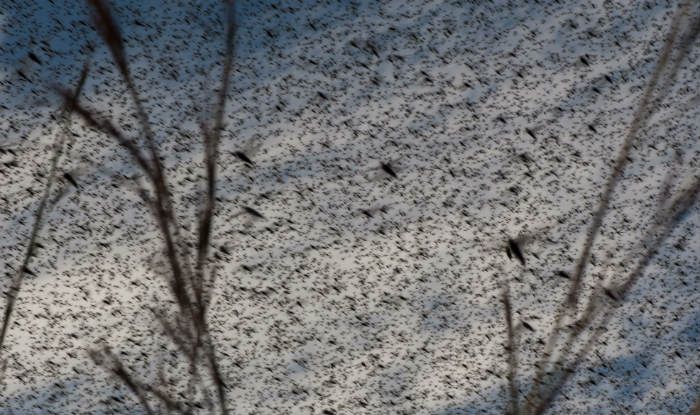 After Iran and Pakistan, the locust swarm has entered India and the forecasting officers have already warned the country against experiencing the worst locust situations in decades. This means that the country that is already dealing with a drastic economic and health crisis due to COVID-19 is on the verge of facing the worst agricultural crisis as well.

According to the Ministry of Environment, Forests and Climate Change, “Locust swarm from Pakistan has entered Rajasthan, Punjab, Haryana and Madhya Pradesh, threatening major damage to standing cotton crops and vegetables. Rajasthan is the most affected state. During the current year, the swarm of locusts has entered India earlier than their normal time of June and July. States are adopting various means for controlling the swarms.”

Trilateral initiative with Pakistan and Iran

Pakistan’s Prime Minister Imran Khan has already declared a locust emergency in the country. Adult locust groups are now reportedly migrating towards the Indian border from the Baluchistan region, Punjab and Khyber Pakhtunkhwa. Considering the seriousness of the situation, India has already proposed a coordinated response to desert locust control to Iran and Pakistan. While Iran has given a positive response in accepting India’s supply of malathion and helping with other pest control operations, Pakistan hasn’t.

New Delhi is still wondering whether Pakistan will rise above its political ‘narrow-minded’ approach and agree to do what is better for both the countries or is accepting regional cooperation from them is too much. Pakistan has already begun its plague control operation with the help of China though. The country has reportedly donated around 300 tonnes of locust-control pesticide and 350 vehicle-mounted sprayers to Pakistan. 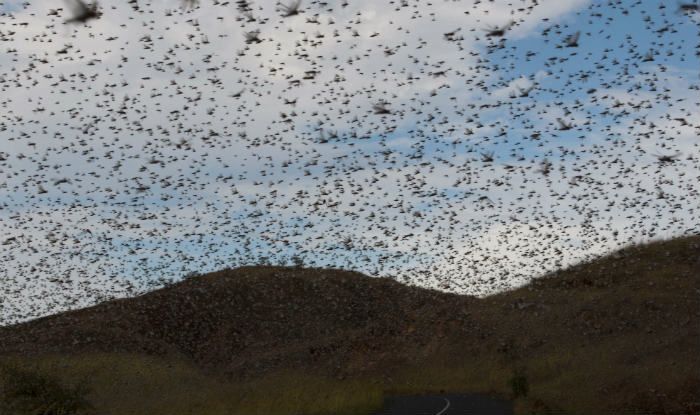 India is equipped with a proper structure that is responsible to deal with the locust crisis. Our country has a regular system in place comprising Locust Officers. These authorised people with the knowledge of environment and agriculture organise six annual border meetings with Pakistan between June and November to analyse the situation and take necessary action. The dialogue is either organised at Munabao in Rajasthan or Kokhropar on the Pakistani side. A wireless conversation also keeps happening between the officials of the two countries during these months from Jodhpur in India and Karachi in Pakistan.

As per the Locust Warning Organisation (LWO), India has not seen any locust upsurges since December 2011 and the cases have decreased drastically after the advent of new technologies in the agricultural sector including advancement in pest control market. The country has been hit by locust plague several times between 1812 to 1997.

Effect of locust plague on food

Desert locust are a direct threat to the food security of a country. In favourable conditions, a locust swarm can cover an area from less than one square kilometre to several hundred square kilometres. As mentioned in a report published in The Hindu, a swarm of desert locust containing around 40 million locusts can consume (or destroy) food that would suffice the hunger need of 35,000 people, assuming that one person consumes around 2.3 kg of food every day.