Include these nutrient rich, low calorie super foods in your winter diet and emerge from winters, looking slim and svelte!

December 2: Winters are here and we’re sure you’re looking forward to eating whatever you want and hiding those extra kilos you put on, under those extra layers of clothing that you will soon be putting on. However, if you are getting ready to gorge on yummy food to your heart’s content, you should also be ready to look not-so-fit after you are forced to remove those layers of clothing. Those extra kilos that you don’t mind during this merry season of yummy treats, might give you a lot of trouble after the winter tide is past.Also Read - Weight Loss Tips: Want to Lose Weight But Hate Running? Try This 3 Easy Exercises

During the winters, the body is retaining all the fat that it can, to keep you warm. Also, it is festival time and hence, you will want to indulge your food cravings, to scarf down all that you can. You are also likely to be spending a lot of time huddled up with family and friends indoors, participating in Netflix marathons aplenty, with no scope for a lot of physical activity. But worry not, for there are plenty of seasonal super foods which are high on nutrients and can help you loose all that festive weight. ALSO READ: Foods that make you look younger: 10 foods that help you beat signs of ageing! Also Read - Weight Loss: Can Losing Weight Lead to Losing Hair? Here's What We Know

Here are 10 super foods, which can help you come out of winter, looking slim and svelte: Also Read - Rubina Dilaik Calls Out Fake Fans Leaving Fandoms Because She is 'Fat Now' - Check Viral Post 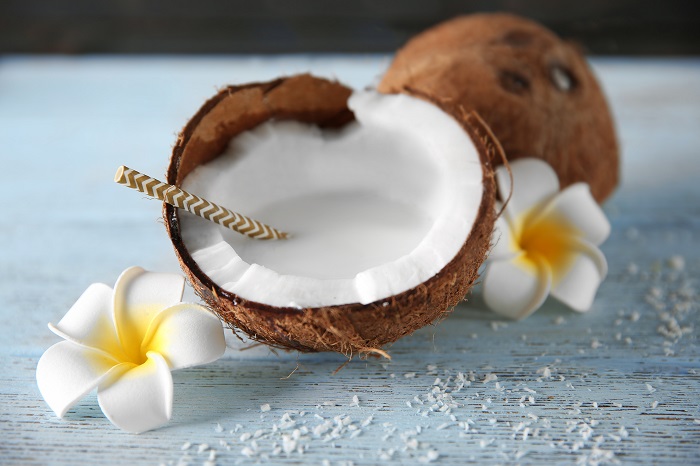 Compared to dairy milk, the calorie count of coconut milk is lower, which makes this beverage a healthier option to be used in sweets and smoothies. The fatty acids in coconut milk can help speed up the metabolism and promote weight loss. Coconut milk isn’t acutally ‘milk’, but is just the liquid found inside mature coconuts. You can get a thicker coconut milk by grinding some coconut meat along with the liquid and straining it.

So We’re Saying: Coconut milk can be used instead of normal milk, in a lot of sweet as well as savoury recipes. Since coconut is an essential ingredient in South Indian dishes, coconut milk will be right at home in these recipes. You can also use it as a base for smoothies, ice creams, soups, curries and bakes goods. Go full experimental as this miracle milk is extremely versatile. 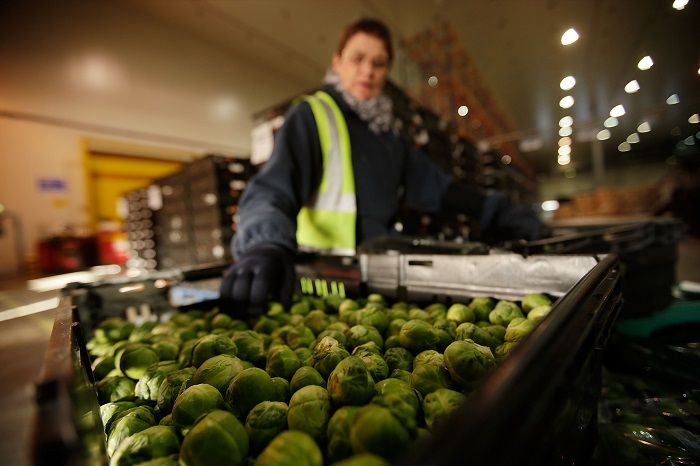 Brussel sprouts are the filling veggies there are, with proteins and fiber aplenty. Just 10 sprouts can deliver as much as 6 g of protein and 7 g of fiber to your body, with the calorie count being as low as just 80! Because of its high fiber content, a brussel sprout dish can make you fell satiated, without a lot of calories.

So We’re Saying: You can use them as sides to a meat dish, or simply roast them and toss them with some chopped nuts, salt and pepper and eat them for breakfast. They will leave you feeling fuller for a longer period of time. 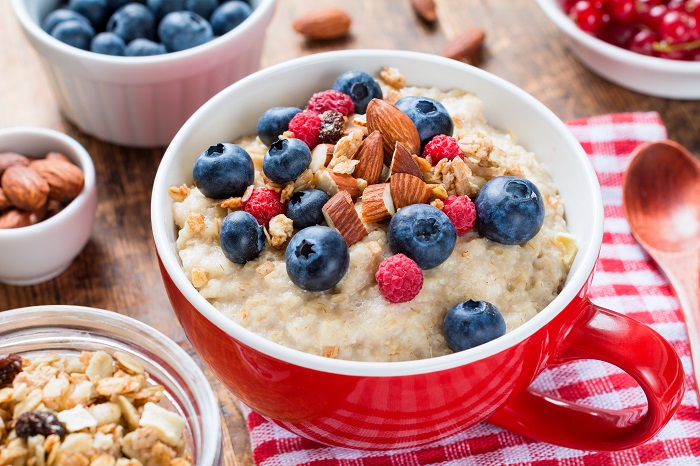 Oatmeal is your perfect winter power breakfast, to help you remian charged with energy thorughout the day. Oats are full of fiber which stabilizes blood sugar and lowers cholestrol. In addition, the presence of probiotic fiber in oats, delovers good bacteria to your gut, positively affecting the way your body stores fat and releases hormones that control hunger and fullness.

So We’re Saying: To further influence the weight loss properties of an oatmeal dish, add skim milk or coconut milk instead of full fat milk. Coconut milk might not taste like normal milk, therefore you can add a mix of skim milk with coconut milk in the start, while gradually increasing the amount of coconut milk as you get used to the taste. 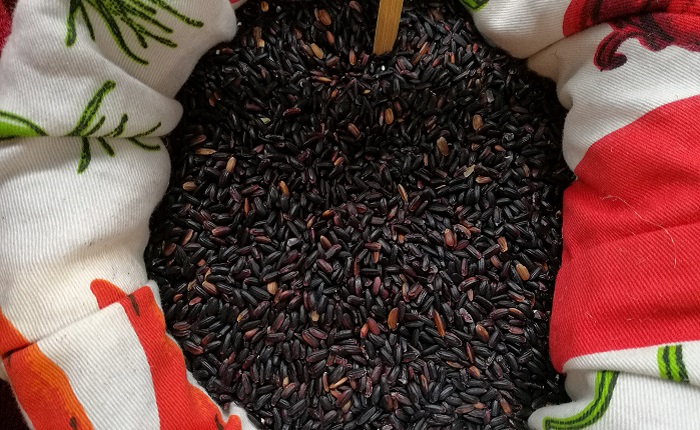 This healthiest of rice vareities is the richest source of anthocyanin antioxidants (as is indicative from its dark colour) found in any food. It is also high in fiber and vitamin E. The especially high fiber content can help you stay full for longer periods of time, making you skip that extra between meal snack. Additional benefits of black rice include its bad cholestrol fighting capacity.

So We’re Saying: Black rice is extremely falvourful and is also very versatile as it goes with any meal. It can be used to prepare puddings, salads or eaten with a side of nuts, veggies in a chicken or fish dish. 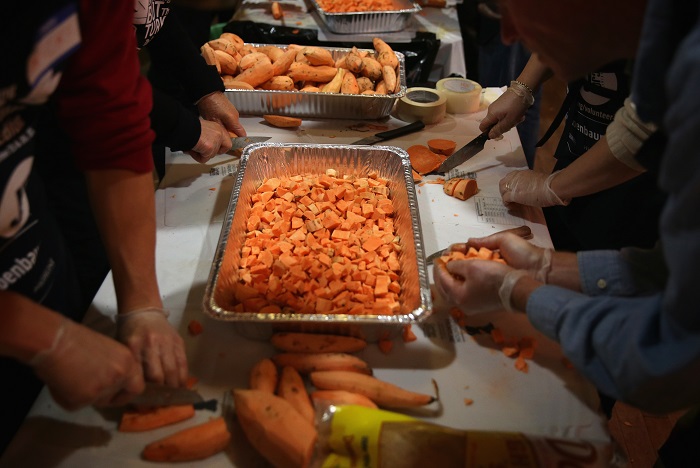 Sweet potato is not just rich in fiber, which improves digestion and helps you feel satiated for longer, it is also packed with vitamins which help you boost your immunity. It also helps maintain blood sugar levels as its far lower on the glycemic index scale than white potatoes.

So We’re Saying: Sweet potato goes well in both sweet and savoury dishes. Moreover, it’s a healthier option for to incorporate into your winter comfort food. Whether it be baked dishes, sweet potato pies or healthy fries, this root vegetable is your ultimate saviour, this festive season. 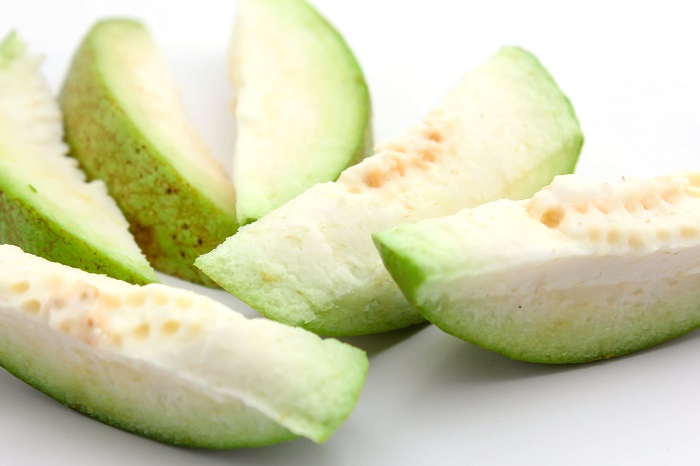 Guava is a wonder fruit, jam packed with vitamins A and C, potassium, and magnesium. It is also a rich source of antioxidant lycopene, which makes it great for your heart. What’s more- it’s tasty and can be used in a variety of sweet dishes.

So We’re Saying: Besides yummy desserts like fudges and juice and smoothies, guavas can also be used in home made salsa instead of tomatoes. It gives the dish a flavourful and interesting twist. 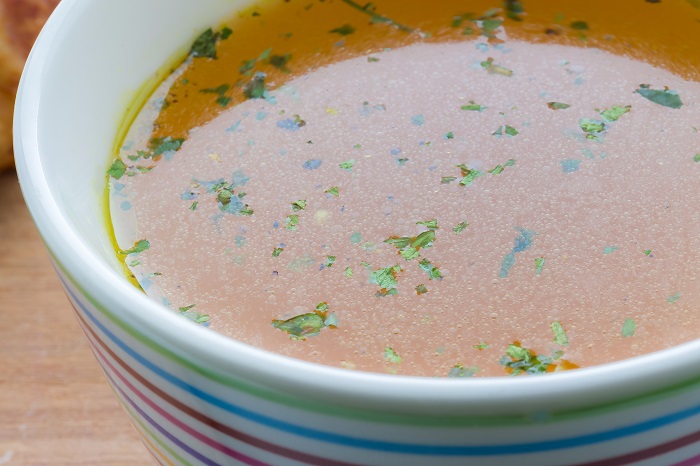 Soups are relatively low calories and are very satiating. Chicken broth can be used instead of oil while sauteing vegetables and is a good low calorie substitute for butter or cream, while making mashed potatoes. It’s high on sodium which is important for nutrient transportation inside and out side of the cell.

So We’re Saying: Chicken broth can be consumed as a stand along meal for weight loss, as it is a source of proteins and sodium, but deficient in calories.  However, it’s recommended to consume it with a healthy mix of vegetables, which are high in fiber, low-fat protein and good fats. 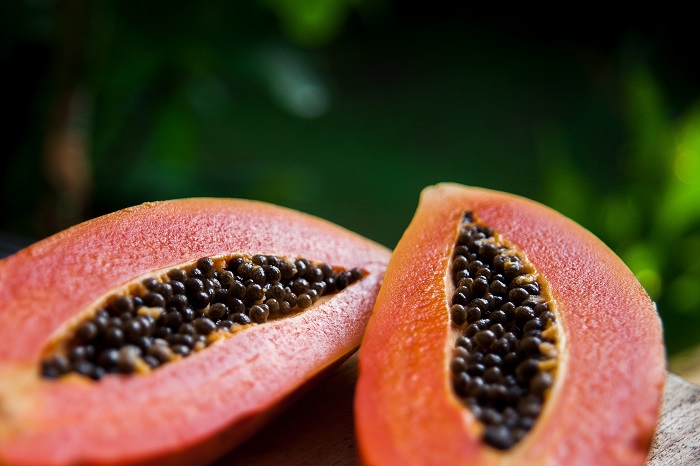 Papayas are one of the healthiest fruits. It is a rich source of Vitamin C and A (antioxidant Carotenoids) —two critical nutrients during the winter months. In addition, it is a good source of dietary fiber, magnesium, potassium, copper and vitamin K. You can eat papayas directly without having to cook them, which increases their nutrient value, as a lot of nutrients are destroyed at high temperatures.

So We’re Saying: You can add papayas to fruit salads, or make smoothies or milk shakes out of them. However, for weight loss, it’s recommended that you eat the fruit raw and in solid form. 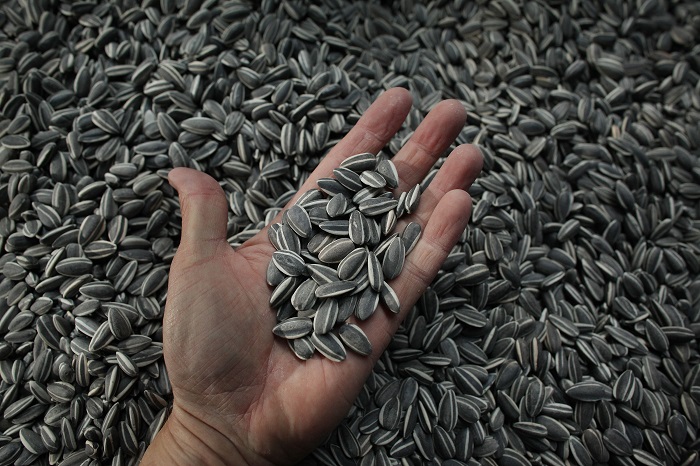 Sunflower seeds are amongst the best diet snacks there ever were. They are a rich source of Vitamin B, proteins and folate. They make you feel full for longer periods of time, while delivering important nutrients like magnesium, selenium, and vitamin E. Vitamin E is the most important fat-soluble antioxidant, making sunflower seeds very important constituent in weight loss diets.

So We’re Saying: Carry a bag of sunflower seeds while travelling, to suppress those extreme hunger pangs and food cravings. You can also incorporate them with your breakfast, by adding them to your granola, or a bowl of hot cereal. 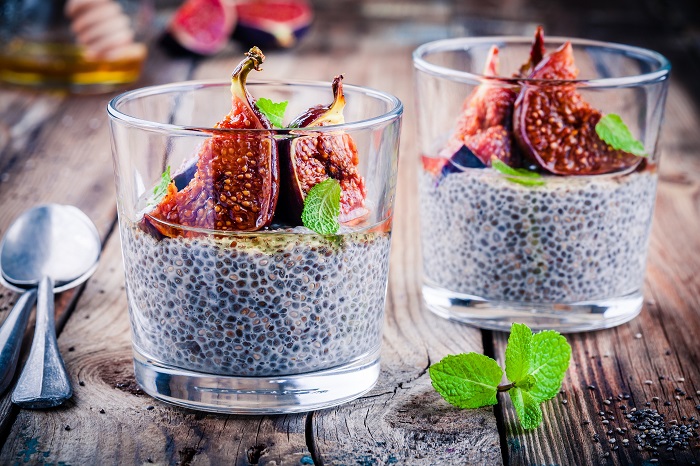 Chia seeds are rich in iron, folate, calcium, magnesium, as well as omega-3. They are also rich in soluble fibre which helps you feel full until your next meal. They balance out blood sugar levels and give your body a boost of energy.

So We’re Saying: Add them to your bowl of breakfast cereal or yogurt or blend them with skim milk into a delicious and healthy smoothie. You can also be a little audacious and include chia in your yummy muffin recipes.