Women in Punjab Buy Most Number of Sex Toys: 5 Sex Facts About India That’ll Surprise You

The online purchase of sex products has revealed certain interesting facts and figures about India's states and their preferences. While women in Punjab have topped the list of sex toys purchasers, men in Uttar Pradesh have bought the most number of penis enlargement pills.

Sex is not a subject we Indians discuss too liberally. It has been treated as a taboo subject for ages. However, the fact is that India is the sixth-most sexually active country in the world. Considering that we have a population of around 1.3 billion people, it is obvious that a lot of sex is being had in the country. And since online shopping is the new big thing all over the world, the sex products industry is no different. Gone are the days when people needed to go into shady lanes or secluded shops to shop for sex products. You can now easily get online and buy whatever you need for your fetishes. From simple things like condoms and lubricants to fancy sex toys and sexy underwear, you can find them all online. To get an idea of what sex products people in India are buying online, the sexual wellness products store ThatsPersonal conducted a survey. It analysed data received from 80,000 orders and the results may surprise you. Here are some interesting sex facts and figures about India that came out of the survey. Also Read - Sex on Their Minds! Online Sale of Sex Toys Rises to 65% Post COVID-19 Lockdown in India, Mumbai Tops the List

The survey revealed that 68% of online buyers in India were men and 38% were women. More interestingly, women in Punjab topped the list of women In India who bought sex products in the past 1 year. DO SEE 6 best sex positions that are apt for your sex toy! Also Read - Sex Dolls to Fill Empty Stands? FC Seoul Football Club Apologises

Indians are buying a wde range of sex products online ranging from condoms and delay sprays to massagers and sexcitement lotions. However, what they buy the most is lubricants. The survey revealed that 18% of Indian buyers online purchased lubricants. Also Read - Sale of Condoms & Sex Toys Skyrocket As Indians Make the Most of Coronavirus Lockdown

53% sex products sold in Baroda are bought by women

Gujarat showed an interesting trend too. Navratri, which is known to be the most popular festival of Gujarat, also proved to be its most sexually active time. Sales of sex products went up 300% during Navratri. People in small towns like Rajkot and Baroda bought adult games, penis pumps, and sexy lingerie. Moreover, it was revealed that in Baroda, 53% of the products sold were bought by women. 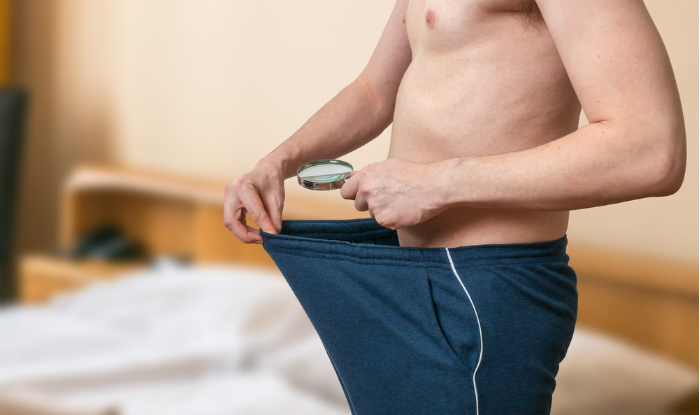 The north Indian state of Uttar Pradesh was found to buy the most number of penis enlargement products. It may come from the fact that it is India’s most populous state and has more prospective buyers.

Men in Telangana bought the maximum number of men’s thongs

Another interesting revelation was that men in Telangana purchased the most number of men’s thongs. For the uninitiated, men too have been experimenting with sexy underwear and men’s things come in a number of different fabrics and colors. They have emerged as a commonly bought sex product these days.

These facts and figures relate to the online purchase of sex products by Indians as revealed by just one survey. However, they give a general idea of the preferences of people around the country.