The word "sorry" is my least favorite word in the English dictionary, and it should be yours too. Women feel they have to say “sorry” for so many irrelevant reasons that it’s become the auto-response to too many situations. 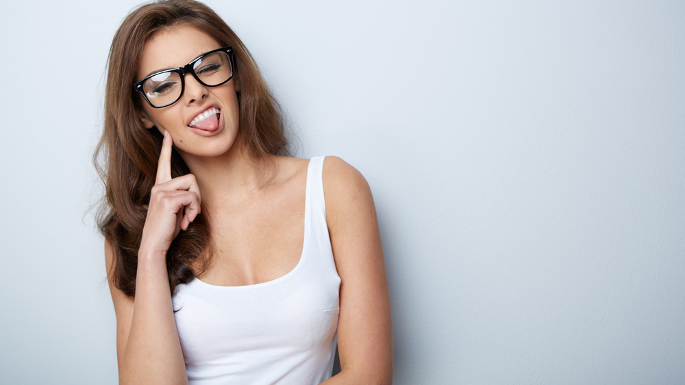 Also Read - 'Challenge Accepted': Here's Why Women Are Posting Black and White Selfies on Instagram | All About the Viral Challenge

The word “sorry” is my least favorite word in the English dictionary, and it should be yours too. Women feel they have to say “sorry”  for so many irrelevant reasons that it’s become the auto-response to too many situations. When women repeatedly utter the five-letter word, we are undervaluing ourselves as employees and managers. Also Read - Tehsildar to File Complaint Against MP Man Who Married Two Women, Says 'Polygamy a Criminal Offence'

Women seem less powerful and more submissive because they tend to apologize so much more,” Tonya Reiman, author of “The Power of Body Language,” said. Also Read - Women on The Verge of Getting Depressed in Lockdown

Sorry has a lot of a utility as a word; it allows women to maintain likeability in the workplace while asking for a favor or expressing constructive criticism. It’s like the red, ‘Easy’ button you slap onto your statement to ease another person into accepting your negative news.

“Sorry is a ritualized form meaning something like, ‘I hope this is O.K. with you,’” Robin Lakoff, a linguist at the University of California, Berkeley, said. “It lets people — especially women — get away with saying what the other person doesn’t want to hear.”

But the overuse implies a lack of confidence, and by extension, a lack of competence. Take a second and think about how often and for what reasons you apologize daily. At the workplace culture where perception is reality, it is challenging for colleagues to have faith in your abilities if you’re constantly apologizing.

After putting together a comprehensive list of things that women apologize for, it truly reminds us how truly nonsensical the urge to apologize is.

1. Being late to a meeting or an event, even though you were late by just a few minutes and had a legitimate reason for walking in a bit tardy. You are human, after all.

2. Taking up space in a crowded elevator meant for everyone to use. Or better yet, saying sorry for sitting in a crowded bus with limited space. (You need to sit after wearing heels all day and working).

3. Asking someone to do something, even though it’s a part of their job responsibilities.

4. Asking for a favor, even though, its from a close friend who probably owes you a couple of favors in return.

5. Reminding people of an important task that are now past due.

6. Looking “too” hot (because that’s a thing we should be feeling sorry for now).

Over-apologizing has become a bad habit we just can’t kick like an extra glass of wine or second helping of dessert. At work, we desperately need to reevaluate when we use the word to make ourselves aware of when and why we use it so often. So let’s make this sorry party stop and take a few steps toward eliminating over-apologizing in 2015.

I did a sorry audit and the results were eye-opening. On an average day, I used the word sorry five times, from small indiscretions such as, not making space for someone in the elevator to being a whopping two minutes late to a meeting. Guess what? A male colleague strolled in eight minutes later, sat down and joined the meeting without saying a word. It was a much smoother transition and nobody was offended by his lateness.

Step 2- Explain what you are apologizing for before saying the word “sorry.”

Before you say sorry, try to explain what you are apologizing for first. For example, instead of starting with “Sorry, I’m going to be late,” just say you are going to be late and determine if an apology is warranted. This gives you more time to review the situation and explain before jumping right to the apology.

Accidentally said sorry and then totally regretted it? Write down why and when you apologized so you are more conscious next time.

The “sorry” epidemic is real. Sorry, not sorry though, let’s put an end to over-apologizing in 2015.