Among the early voters were Priyanka, Priya Dutt, Lara Dutta, Aamir, who came along with wife Kiran Rao.

Maharashtra is polling in on 17 seats in the fourth phase of the general election. In Mumbai alone, voting is on in six seats. Besides Maharashtra, Rajasthan and Madhya Pradesh have also gone to polls. Also Read - Maharashtra Crisis: Mumbai Put Under High Level Security Blanket Ahead of Floor Test Tomorrow

Posting on Twitter a selfie showing her inked finger, Priyanka wrote, “This is the moment that matters… Every vote is a voice that counts. #LokSabhaElections2019.”

While Madhuri tweeted, “Voting is our right, let’s use it wisely! The future of our country is in our hands. Let’s do our duty and #VoteForIndia.” 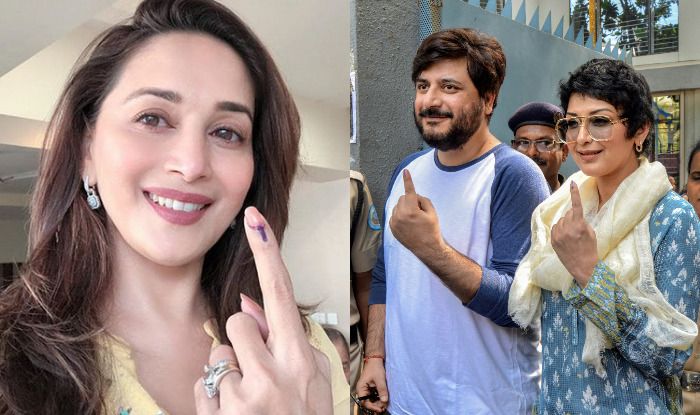 Actor Urmila Matondkar, who recently joined Congress and is contesting from the North constituency of the city, was also among the first ones to cast her vote.

Madhavan posted on Twitter a picture of himself and his wife after casting their votes. 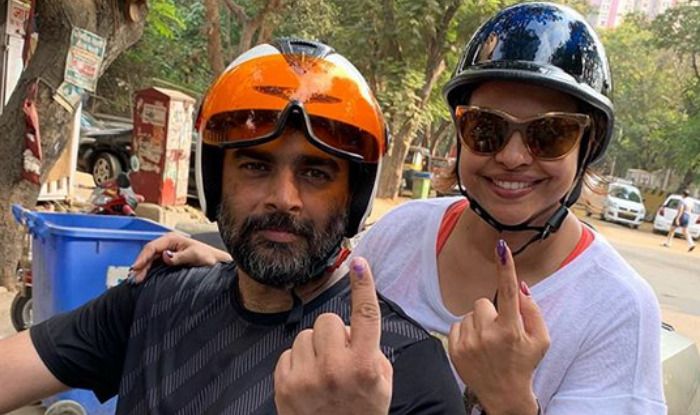 Actor Amrita Rao, who came to cast her vote at a booth in Mahim, told PTI that “voting is important for everyone irrespective of their status.”

“It is a duty of every citizen who wants betterment of the country and its people. However, being a celebrity you do carry the power to influence and if my voting can influence even one more person to get out if the house and vote I shall be more than satisfied,” she added.

Other Bollywood celebrities, who have voted so far, include, Rahul Bose, Kunal Kohli and Ravi Kishan.