New Delhi: Bharatiya Janata Party (BJP) president Amit Shah’s mega roadshow in Kolkata turned violence after ugly clashes broke out between BJP supporters and student activists of both the Left and Trinamool Congress Chatra Parishad (TMCP). The unprecedented chaos erupted after sticks were hurled at Shah’s convoy while it was passing by Calcutta University’s College Street campus.Also Read - After Minister's Tweet, Home Ministry Says No EWS Flats Given to Rohingya Refugees in Delhi 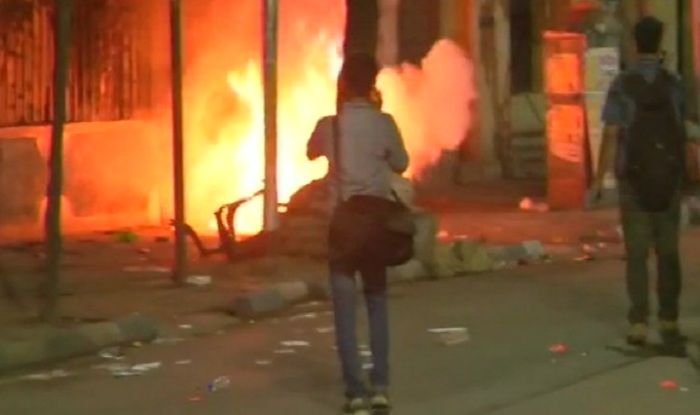 Angered by the protest, BJP workers, including ABVP activists, locked the gates of the hostel and set cycles and motorbikes parked outside on fire. They also threw stones at the building. A bust of Ishwar Chandra Vidysagar, after whom the college is named, which was outside hostel building was also broken by the protesters during the clash.

Kolkata: Statue of Ishwar Chandra Vidyasagar was vandalised at Vidyasagar College in the clashes that broke out at BJP President Amit Shah's roadshow. #WestBengal pic.twitter.com/XSSWyYbMwu

Speaking to Zee News, Shah claimed that the attack was carried out by TMC workers. Hitting out at West Bengal CM, Shah claimed,”Mamata didi is frustrated as she is fearing defeat .”

He also condemned the violence and asked people of Bengal to give a ‘response to this violence with their votes in the last phase of elections on May 19. “It’s necessary to oust TMC once to put an end to violence in the state,” the BJP chief told ANI.

Following the clashes, BJP approached Election Commission officials asking them to enforce a ban on the WB CM Mamata Banerjee from campaigning.

Uttar Pradesh CM Yogi Adityanath called for the dismissal of the West Bengal government and said that they will request the President of India the same.

Maharashtra Chief Minister Devendra Fadnavis said that the people of West Bengal will now teach a lesson to Banerjee. “Mamata Banerjee is unwell due to the growing support base of the BJP since the beginning of this election. Incidents of not giving permission to top BJP leaders to campaign in Bengal and killing of BJP workers symbolize that the state is stoking democracy. Today, our national president Amit Shah was also attacked,” he said.

Has Bengal acquired a Government of Gangsters? The attack on Amit Shah’s peaceful rally by the TMC is deplorable . Is a free & fair Poll possible in Bengal? All eyes are now on the Election Commission.

Union Minister Arun Jaitley wondered if West Bengal is being run by a “government of gangsters”.

“Has Bengal acquired a Government of Gangsters? The attack on Amit Shah’s peaceful rally by the TMC is deplorable Is a free and  fair Poll possible in Bengal? All eyes are now on the Election Commission,” tweeted Jaitley.

The Trinamool Congress, on the other hand alleged that BJP president Amit Shah brought ‘outsiders’ for his road show in Kolkata who were responsible for the violence.

“Desperate BJP goons from outside Bengal smash statue of Ishwar Chandra Vidyasagar inside the college. Violent mob of BJP ‘outsiders’ in presence of Pukeworthy Shah. How little you know about Bengal, its rich history, its culture. Bengal will never forgive for what you did today. (sic),” TMC spokesperson Derek O’ Brien tweeted.

Earlier in the day, in a show of strength ahead of the final phase of Lok Sabha elections on May 19, Shah held a massive road show in the city in support of the party’s candidates. The rally started at around 4.30 PM from Esplande area in central Kolkata to Swami Vivekananda’s house in north Kolkata. 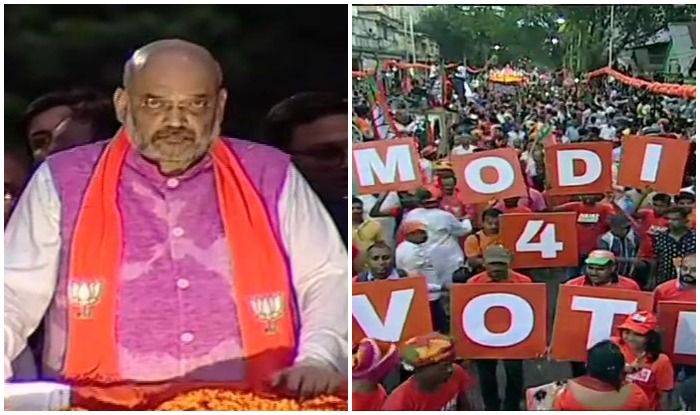 Tableaux highlighting the culture of various parts of the state and country were seen moving ahead of the convoy.
Waving party flags, BJP supporters were heard shouting slogans like ‘Jai Shri Ram’, ‘Narendra Modi Zindabad’ and ‘Amit Shah Zindabad’. People dressed as Lord Ram and Lord Hanuman were also seen in the rally.