While Union Minister Ravi Shankar Prasad has been fielded from Patna Sahib, Giriraj Singh will contest from Begusarai.

The NDA list did not release the name of the candidate to contest from Khagaria constituency. Yadav said that Ram Vilas Paswan’s LJP has not yet finalised the candidate for the seat. 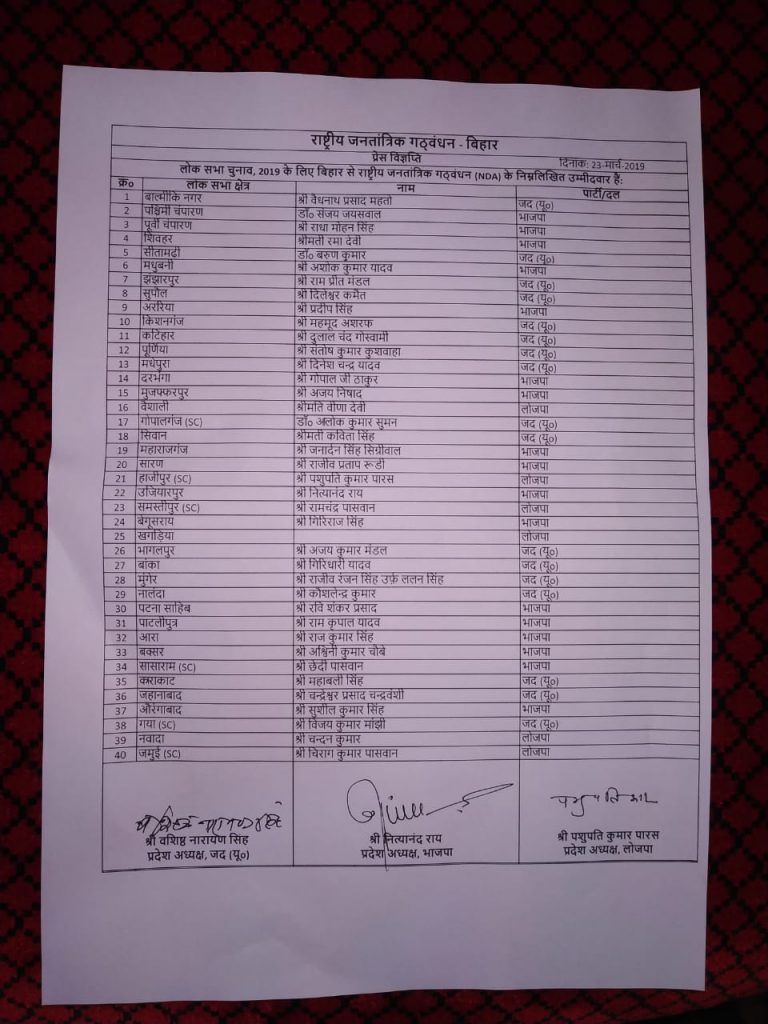 On March 17, the NDA had released its first list of candidates. The BJP and JD(U) are contesting on 17 Lok Sabha seats each in Bihar while the LJP has got remaining six seats. It must be noted that LJP president Ram Vilas Paswan had earlier announced that he won’t be fighting Lok Sabha poll this time.