New Delhi: Polling for 51 parliamentary constituencies, spread across seven states — Uttar Pradesh, Rajasthan, Madhya Pradesh, Bihar, Jharkhand began at 7 AM on Monday. Over 8.75 crore voters will exercise their franchise today to decided the fate of 674 candidates including titans like Home Minister Rajnath Singh, UPA chairperson Sonia Gandhi, Congress president Rahul Gandhi and Textiles Minister Smriti Irani.Also Read - Demolitions in Delhi: '80% of Delhi Illegal, Will You Destroy All of It', Arvind Kejriwal to BJP

Of the seats going to polls today, 14 are in Uttar Pradesh, 12 in Rajasthan, seven seats each in West Bengal and Madhya Pradesh, five in Bihar and four in Jharkhand. In Jammu and Kashmir, polling will take place in Ladakh constituency and Pulwama and Shopian districts of Anantnag seat. Also Read - PSI Recruitment Scam: Candidates Write Letter in Blood to PM Modi, Threaten to Join Terror Group if Denied Justice

After this phase, election will be over in 424 seats. Polling in the remaining 118 seats will be held in the sixth and seventh phase on May 12 and 19 respectively. Also Read - PM Modi To Visit Nepal On Buddha Purnima Today: What's On Agenda 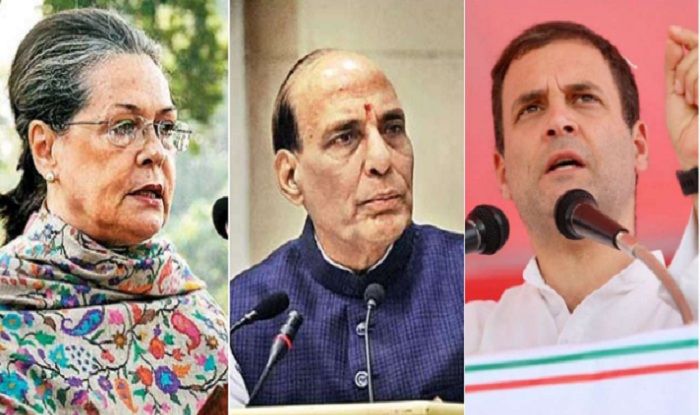 The Election Commission of India (ECI) has set up 94,000 polling stations/booths across 51 constituencies to ensure smooth and fair conduct of the polling process. In this phase, the stakes are high for the ruling BJP and its allies as it had won 40 of these seats in 2014 LS polls, leaving just two for the Congress and the rest for other opposition parties such as the Trinamool Congress (seven).

Election to 542 Lok Sabha seats is being conducted in seven phases between April 11 and May 19. Election in Vellore constituency in Tamil Nadu has been cancelled following excess use of money power. Counting will be held on May 23.