Officials in charge of polling duty along with security personnel have been mobilised to make security arrangments in Kalahandi, Nabarangpur, Berhampur and Koraput constituencies.

As per the directive of the Election Commission of India, political parties and their candidates stopped their poll campaigns by 5 PM on Tuesday, April 9. Today is also the last day for filing of nominations for the fourth phase of Lok Sabha elections. Scrutiny will take place tomorrow, on April 10, while April 12 is the last date for withdrawal of candidature. Also Read - ISL 2020/21: Roy Krishna Nets Late Winner Against Odisha as ATKMB Continue Perfect Run

All major political parties, including the Biju Janata Dal (BJD), Bharatiya Janata Party (BJP) and Congress, have nominated their candidates and campaigning for the polls since last two weeks. Ahead of the elections, the Election Commission, state police and other officials concerned have taken measures to ensure free, fair and peaceful conduct of elections. Officials in charge of polling duty along with security personnel have also been mobilised to make arrangments in these constituencies. Also Read - Coronavirus Lockdown: Schools in These States Won’t Open Till Year-end | Complete List Here 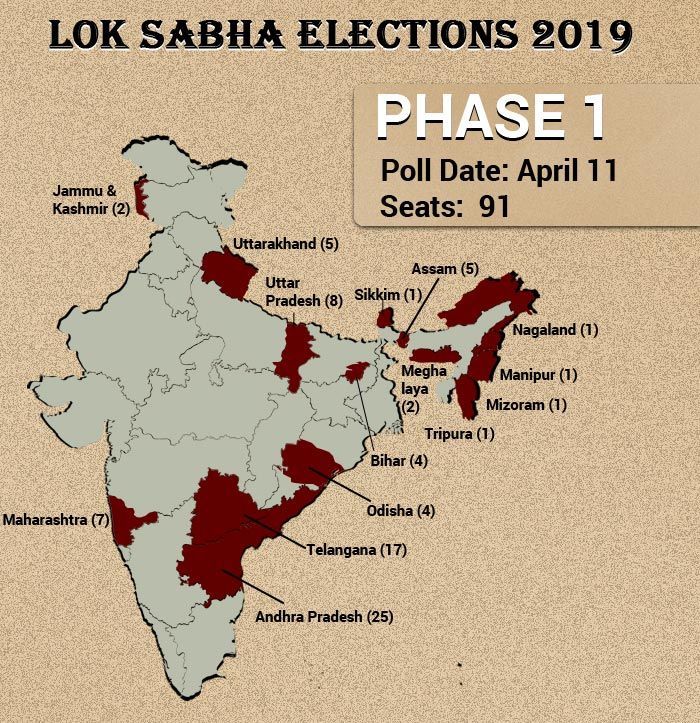 The ruling BJD’s Arka Keshari Deo is the sitting Member of Parliament from the Kalahandi seat. BJD has, however, dropped the incumbent MP and named Dharmagarh MLA Pushpendra Singh Deo as the candidate from this seat. Meanwhile, the BJP has fielded its state unit president Basanta Panda in Kalahandi thus replacing Pradipta Naik. The Congress party has fielded senior leader Bhakta Charan Das from Kalahandi Lok Sabha seat.

The BJD has appointed Jhina Hikaka’s wife Kausalya to fight the polls from this seat. Meanwhile, the Congress party has pitched Saptagiri Sankar Ulaka to take on the BJP’s Jayaram Pangi and BJD’s Kausalya in this constituency.