BJP Youth Wing Convenor Priyanka Sharma was arrested for sharing a meme of West Bengal Chief Minister Mamata Banerjee. The Supreme Court’s hearing on the bail plea by the BJP worker took place on May 14.

New Delhi: The Supreme Court on Wednesday pulled up West Bengal government for the delay in the release of BJP Youth Wing Convenor Priyanka Sharma who was arrested for sharing a meme of West Bengal Chief Minister Mamata Banerjee.

Priyanka Sharma on Wednesday reportedly said, “My bail was granted yesterday, but still I wasn’t released for another 18 hours. They didn’t allow me to meet my advocate and family. They made me sign an apology.” She added, “I will fight this case. I will not apologise.”

Citing the delay, Priyanka Sharma’s advocate had mentioned before the Supreme Court that she had not yet been released. The Supreme Court then warned that it would issue a notice of contempt if Sharma was not released. Addressing the Supreme Court, Sharma’s counsel N K Kaul said, “Sharma is being released, but before her release, she was asked to sign an apology letter prepared by the Police which says she will not post this again.” 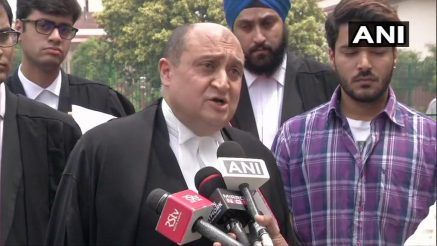 He added, “I’m told, subject to verification, that she was released at 9.40-10.00 am and that too after made to sign a statement prepared by police. It reflects an extremely disturbing trend that SC’s order that said ‘forthwith release her’ wasn’t followed for 24 hrs.”

On Wednesday, the West Bengal Government’s counsel told the Supreme Court that ‘Priyanka Sharma was released at 9.40 AM, today.’ Responding to the state counsel, the SC bench said, “Why she was not released immediately?” Meanwhile, Sharma’s mother also claimed that her daughter had not been released. The BJP youth wing worker’s mother said, “She (Priyanka Sharma) isn’t here with me. She is still in Alipore (Correctional Home). I am leaving for the correctional home now.”

Priyanka Sharma’s mother on West Bengal Government’s Counsel says in Supreme Court that ‘Priyanka Sharma was released at 9:40 am, today’: She isn’t here with me. She is still in Alipore (Correctional Home). I am leaving for the correctional home now. pic.twitter.com/LB9C3ZAmLT

The Supreme Court on Tuesday modified its order and waived off condition of apology on BJP youth wing worker Priyanka Sharma. The court ordered that Sharma be released immediately.

Notably, the Supreme Court observed that a hearing in Sharma’s application seeking action against the West Bengal police authorities will take place during the first week of July.