Rescue operation was on to pull out two more workers feared trapped underneath the debris. 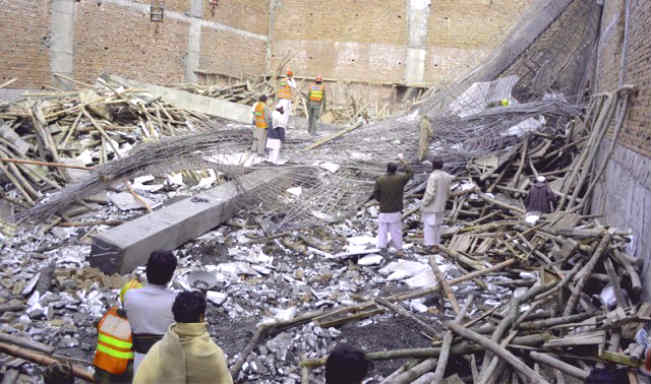 Barabanki, Jun 29 : At least 35 workers were trapped and injured when shuttering of an underconstruction roof of a factory collapsed in Kursi road area here. The incident occurred last night when the shuttering of the roof of Shri Sai Food Production Company collapsed, trapping 35 workers under the debris, police said today. Also Read - Family in UP Forced to Use 'Swachh Bharat' Toilet As Kitchen, Continues to Defecate in the Open

33 workers were rescued from the debris with the help of heavy machines an were taken to a nearby hospital, where condition of 20 workers was stated to be serious. Rescue operation was on to pull out two more workers feared trapped underneath the debris. Also Read - Barabanki Hooch Tragedy: Toll up to 16, UP Govt Forms Panel to Probe Political Conspiracy Angle

District Magistrate Yogeshwar Ram said that it was still to be ascertained what led to the incident. He said that sub-divisional magistrate, Fatehpur, has been sent to the spot.