A Hurried Man’s Guide to BRICS

The leaders of Brazil, Russia, India, China, and South Africa will meet for their annual meeting in the Brazilian city of Fortaleza. 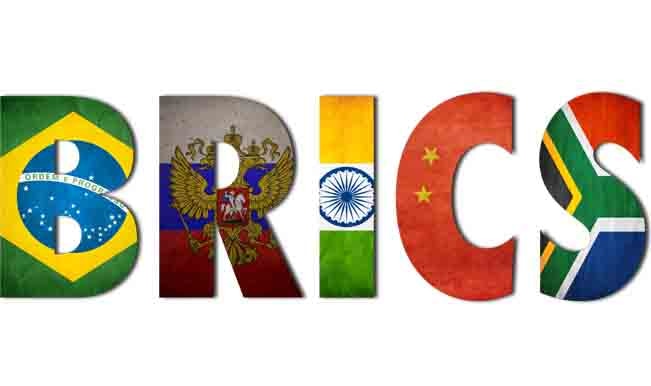 A three-day summit of the BRICS nations has started in Brazil. The leaders of Brazil, Russia, India, China, and South Africa will meet for their annual meeting in the Brazilian city of Fortaleza.Also Read - Covid to Make a Comeback in India? China, Russia, UK Report Significant Resurgence in Cases | Key Points

The five emerging-market states are expected to sign off on a development bank and emergency reserve fund, their own versions of the World Bank and the International Monetary Fund. The bank — tentatively dubbed the New Development Bank — will have initial capital of USD 50 billion. Also Read - T20 World Cup: It's a Morale-Boosting Match, Says Shoaib Akhtar As he Reveals Why it is Important For Pakistan to Beat India

Debate is still ongoing as to where the bank will be headquartered, with Shanghai, New Delhi and Moscow mentioned as the top candidates. Also Read - Breaking: Poland Recognises India’s Covishield Vaccine, Exempts Travellers From Quarantine Rules

In 2001, an economist at investment bank Goldman Sachs coined the term BRIC to describe four of the world’s fastest growing economies. The Foreign Ministers of the initial four BRIC states (Brazil, Russia, India, and China) met in New York City in September 2006, beginning a series of high-level meetings. A full-scale diplomatic meeting was held in Yekaterinburg, Russia, on 16 May 2008.

The grouping was originally known as BRIC before the inclusion of South Africa in 2010. South Africa officially became a member nation on 24 December 2010. In April 2011, the President of South Africa, Jacob Zuma, attended the 2011 BRICS summit in Sanya, China, as a full member.

India hosted the fourth BRICS Summit in New Delhi in 2012.

Together BRICS countries represent 40% of the world population, 25% of its landmass, and combined GDP of USD 24 Trillion. If the world were a parliamentary democracy, the BRICS party would most certainly be the ‘ruling coalition’.

6th summit of BRICS is being held in Fortaleza, Brazil from 15th to 17th July 2014. The host leader is Brazilian President Dilma Rousseff. Host President Dilma Rouseff invited the BRICS leaders to the 2014 FIFA World Cup Final. Indian PM Narendra Modi responded by saying: “Sports brings about a spirit of amity and belongingness among nations of the world. May the FIFA World Cup become a bridge for connecting nations together! Jo khele, wo hi khile (Only those who play bloom).

Expectations from this year’s summit

Presidents Rousseff, Putin, Xi, Zuma and Prime Minister Narendra Modi are expected to come away with a strong alternate economic statement for the world after the Fortaleza summit in Brazil. They are also expected to strongly endorse UN Security Council Reform, so that all BRICS countries are made permanent members.

But it will be what, if any, common political statement these countries that represent two-fifths of the world make, that will really cement the foundations of the BRICS architecture in this next round of summits.