The new Emir survived a coup attempt. Osama bin Laden’s war on the House of Saud against the stationing of American troops in the land of Islam’s holiest shrines provided an opportunity for Qatar to host CENTCOM, the great US war machine. Saudi Arabia was upstaged again. 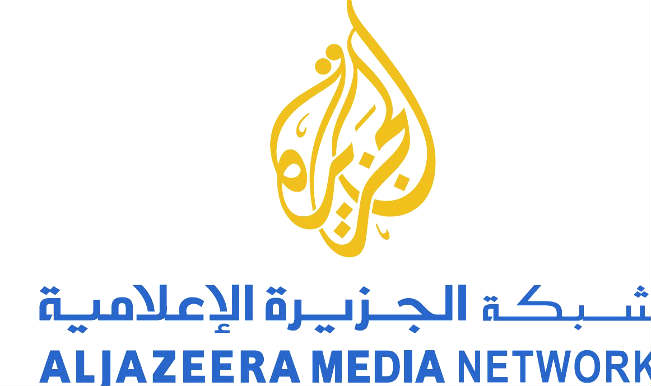 Also Read - Only Trump Can Save America From Another 9/11 Attack, Says Osama Bin Laden's Niece

Al Jazeera journalists in Egypt were given severe sentences because that is the way the Saudis wanted it. The Qatari channel was always an eyesore to the Saudis but was recently being tolerated, even encouraged, by Riyadh for the limited purpose of stalling the Arab Spring. Also Read - Imran Khan Faces Flak For Calling Osama Bin Laden ‘Martyr’ in Parliament

A channel built on liberal, democratic values owned by the Emirate of Qatar is a colossal contradiction in terms. But despite the contradiction, its credibility was far in excess of CNN and BBC; which is why the Saudis first enlisted its support for the Libyan operations which, for a while, overlapped with the Syrian operations too. Also Read - England Football Club Leeds United Remove Osama Bin Laden's Image From Stands

When Hamad bin Khalifa Al Thani dethroned his father in 1995 as the Emir of Qatar, the Saudis were very cross. It was a bad precedent and violated the etiquette of Kingdoms and Emirates in the region. The new Emir survived a coup attempt. Osama bin Laden’s war on the House of Saud against the stationing of American troops in the land of Islam’s holiest shrines provided an opportunity for Qatar to host CENTCOM, the great US war machine. Saudi Arabia was upstaged again.

Then came the ultimate affront. Qatar launched Al Jazeera, again thwarting a Saudi initiative. Saudi king Fahd’s cousin, Khalid bin Faisal al Saud’s Orbit Communications had entered into an agreement with BBC. The BBC was in urgent need of finances to boost its World TV operations launched hurriedly because CNN international had stolen a march by covering Operation Desert Storm in February 1991. CNN TV’s Peter Arnett was launched as the world’s principal war correspondent from the terrace of Baghdad’s Al Rasheed hotel at a time when John Simpson was still running around Baghdad with a satellite telephone for BBC radio.

BBC’s arrangement with Saudi’s Orbit Communications collapsed within 15 months because Riyadh would not allow the network to telecast a documentary on “beheading” as a punishment in the Kingdom. Immediately, Qatar clasped BBC’s hand and launched Al Jazeera.

After 9/11, when the Western media launched their major propaganda offensives in the process of covering the occupation of Afghanistan and Iraq, the Saudis were a hundred percent supportive. But Al Jazeera struck a discordant note. It began to project the other side of the story. It became the sole outlet for Osama bin Laden’s exclusive interviews. Viewership grew exponentially. This was also the time when newborns in Afghanistan were named Osama as a matter of pride. This unnerved the West.

My good friend, the late Fouad Ajami, an unlikely Neo Con, wrote editorials damning Al Jazeera. Colin Powell was livid. Al Jazeera offices in Kabul and Baghdad were bombed. The channel’s principal correspondent was jailed in Spain, of all places. But its popularity kept soaring, for these very reasons. In fact, Western high handedness conferred on Al Jazeera something of a halo. It looked like a David surrounded by a range of Goliaths, further magnifying the anti US-Saudi sentiment in the region.

Despite his adverse chemistry with the Emir of Qatar, Saudi King Abdullah sought Al Jazeera’s help in stalling the Arab Spring. It had by February 2011 taken a toll of Western friends like Hosni Mubarak in Cairo and Zain el Abedin Ben Ali in Tunis. Why was Al Jazeera’s credibility so avidly sought? Because Western electronic media had exhausted all its credibility in the West Asian wars since Operation Desert Storm and post 9/11 occupation of Afghanistan and Iraq. The Western media’s coverage of the colour “revolutions” in Ukraine, Georgia and Lebanon also strained its credibility.

So singularly lacking in credibility was the Western media in the military operations in Libya and Syria that Al Jazeera’s help was sought to shore up some credibility. Western networks and social sites had carried so much exaggeration and downright lies on both Libya and Syria that at the earlier stages it was proving difficult to whip up a people’s movement inside the two theatres of operations.

The US was working on new technologies to dissemble in the midst of military operations. James Glanz and John Markoff of the New York Times wrote: “The State Department is financing the creation of stealth wireless networks that would enable activists to communicate outside their reach” in countries like Iran, Syria, Libya and Iraq.

After a cruel end to the Qaddafi saga, and the stalemate in Syria, the Saudis found that the Qataris were punching above their weight, trying to mediate between the Taliban and Kabul, linking up the Muslim Brotherhood strands in Egypt, Turkey and Hamas – in each instance upstaging Riyadh. If there is one group the Saudis are even more paranoid about than Iran, it is the Ikhwan ul Muslimeen or the Muslim Brotherhood which is ideologically opposed to the institution of the King in Saudi Arabia. Hence the Saudi’s instant support to Abdel Fattah el Sisi’s coup ousting Mohammad Morsi and the Brothers.

Saudis by now have squeezed as much of the Al Jazeera lemon as they could in Libya and Syria. During days of Saudi co-operation with Qatar in Libya and Syria, Al Jazeera entrenched itself in Egypt too. The House of Saud barely tolerated the burgeoning romance between the Brothers and Al Jazeera. The day Morsi fell, Saudis placed $10 billion in Sisi’s treasury and purchased for themselves the right to eradicate Muslim Brotherhood and its support base. The harsh punishment meted out to the Al Jazeera’s journalists is in effect Riyadh getting even with the “cheeky” Emirate of Qatar on that score.