The BJP had won 31 seats in the assembly polls in December last year but its number came down to 28 in the 70-member house after three of its legislators including India's health minister, Harsh Vardhan, were elected to Lower House of the parliament. 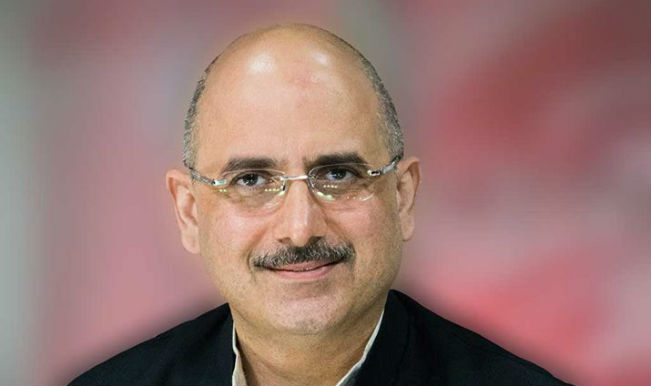 New Delhi, Aug 3 : Bharatiya Janata Party (BJP) leader Nalin Kohli today denounced Aam Aadmi Party (AAP) chief Arvind Kejriwal for unnecessarily accusing BJP of running away from Delhi assembly polls.”Kejriwal’s entire politics is based onaccusations and anarchy. Has not the Delhi BJP president said that we are ready for elections whenever they will be held, Satish Upadhyay is on record,” said Kohli. Also Read - ECB Terminates Players' Contracts For The Hundred

He added that Kejriwal needs to be questioned about why he ran away from the government when he was the chief minister of Delhi. “Kejriwal should answer why did he run away from the government when he was in power here, he is confused, sometimes he goes to the court and says we should have elections, then he writes to the LG saying do not dissolve the assembly, now he is again making all this,” Kohli added. Also Read - Zee Digital Witnesses Remarkable Growth, Ranks 3rd on ComScore In January 2020 In News & Information Category

Kohli also advised Kejriwal to focus on politics based on issues and principles. Former Delhi Chief Minister Arvind Kejriwal is scheduled to address a rally today at Jantar Mantar to question the BJP for the reason behind delaying assembly elections and denying the people of Delhi their right to elect the government.

AAP had been constantly slamming the BJP for delaying assembly elections in Delhi, which is currently serving under governor rule since Kejriwal’s resignation as the CM. AAP had alleged that the BJP will not allow the party to form government in the national capital and are opting for divisive politics. They had also alleged that BJP was shamelessly indulging in unethical practices and luring lawmakers to form government in Delhi, which was highly condemnable.

The BJP had won 31 seats in the assembly polls in December last year but its number came down to 28 in the 70-member house after three of its legislators including India’s health minister, Harsh Vardhan, were elected to Lower House of the parliament.