The two countries' border security forces have also increased patrol in the remote islands of the Sunderbans, the largest mangrove forest in the world, where pirates are active. 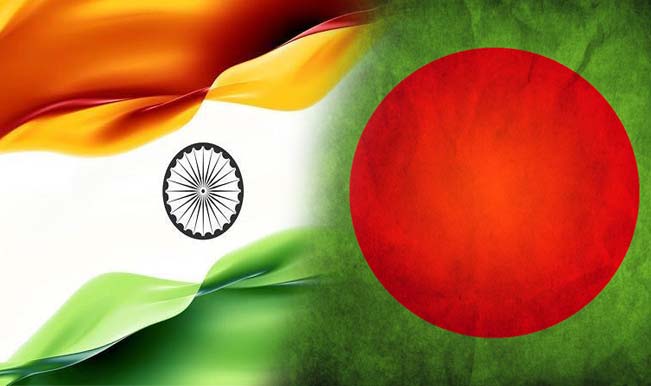 Kolkata, June 30: Border Guard Bangladesh has said it has “zero tolerance” towards any anti-India activity including those by insurgents and was taking “stern” steps in this direction. Also Read - 'Kashmiris Don't Feel They Are Indians & Would Rather Prefer to Be Ruled by China', Says Farooq Abdullah

“We are taking stern action to curb anti-India activity, including insurgent activity, on our soil. Recently we seized a huge cache of arms in Syllet bordering India. We have zero tolerance for such things,” he said. Haider was referring to the BGB’s seizure of a huge stockpile of illegal weapons, including around 200 anti-tank rocket shells, in a jungle bordering Tripura earlier this month, the single biggest arms recovery after the 2004 Chittagong recovery.

Asked if the arms were bound for India to fuel insurgent activity, Haider, who led a team of the BGB for border-level talks with the BSF, said it might be the case, but an investigation would reveal the truth. “It may be that the arms consignment was for insurgent groups, but right now an investigation is on. So let it be completed. We will never allow any anti-India activity to happen in Bangladesh,” he said.

Asked to identify the groups involved in the stockpile,” Haider said, “There might be anti-India elements working behind it, but they might as well be working from within India. What happens is that when India intensifies its operation against them, they cross into Bangladesh and when Bangladesh intensifies operation against them, they move back to India”.

Haider, however, declined to comment if militant groups like HUJI or Pakistani intelligence services working against India were involved in it. Recently during DG level talks, the BSF handed to the BGB a list of 45 Indian insurgent groups operating within 5-15 km of the Bangladesh border in the Northeast.

Sharma noted that the BSF-BGB relation was at its all-time best and said that the BGB had always extended its sincere cooperation to the BSF in manning the 4,096-km Indo-Bangla border, out of which 25 per cent is riverine.

About the BSF claim of existence of 45 camps, Haider points out, “What often happens is that there are a few groups of miscreants who keep hopping from one place to another, which the BSF is claiming as camps. The areas of Chittagong hills are remote and they take advantage of that”.

The two countries’ border security forces have also increased patrol in the remote islands of the Sunderbans, the largest mangrove forest in the world, where pirates are active, Haider says.

He also said that the BGB had increased its strength in order to curb infiltration on the Indo-Bangla border and stressed on joint patrolling with the BSF in the border areas.

“We have increased cooperation with intelligence agencies and brought in new equipment to tackle infiltration,” Haider said.