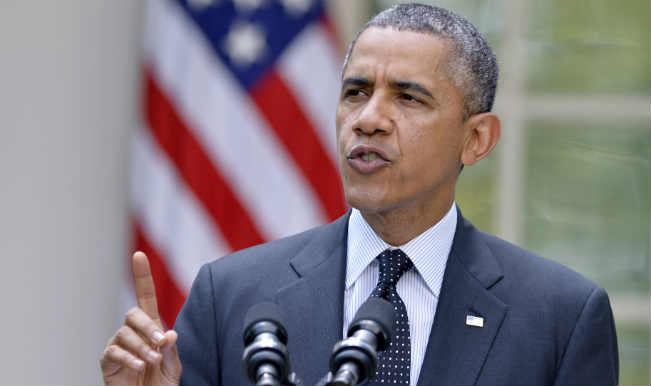 Washington, Aug 1: US President Barack Obama has nominated yet another Indian-American counsel to the key post of US District Court judge for Washington DC. Announcing Amit Privardhan Mehta’s nomination along with other judiciary posts, Obama said, “I am pleased to nominate these distinguished individuals to serve on the United States District Court bench.” Also Read - 'Wrong President For Our Country': Michelle Obama Blasts Donald Trump in a Powerful Speech | Watch

“I am confident they will serve the American people with integrity and a steadfast commitment to justice,” he added. Congresswoman Tulsi Gabbard, the first ever Hindu lawmaker in the US Congress, applauded the nomination of Mehta in a statement. “I congratulate Amit Mehta on his nomination to the US District Court for the District of Columbia, a privilege only our best and brightest earn,” said Gabbard. Also Read - 'Embarrassed, Disappointed': Twitter Apologises After Elon Musk-Bill Gates-Barack Obama-Jeff Bezos And Others Accounts Hacked

“Amit has led a distinguished legal career and brings with him successful trial and litigation experience. His diverse perspective will be welcome on the court, and I urge the Senate to act quickly to confirm Amit,” she said. Mehta currently is a partner at the office of Zuckerman Spader, a Washington DC-based firm, where he represents clients in civil and criminal matters before state and federal courts.

He rejoined the firm as counsel in 2007, after serving as a staff attorney for the Public Defender Service for the District of Columbia from 2002 to 2007. Mehta worked as an associate at Zuckerman Spaeder LLP from 1999 to 2002, as a law clerk for Judge Susan P Graber of the United States Court of Appeals for the Ninth Circuit from 1998 to 1999, and as an associate at Latham & Watkins LLP from 1997 to 1998.

He received his Juris Doctor in 1997 from the University of Virginia School of Law and his B A in 1993 from Georgetown University.
If confirmed by the United States Senate, Mehta will become the first Asian Pacific American to serve as a federal district court judge in Washington, DC.