A bill to amend the Telecom Regulatory Authority of India (TRAI) Act was introduced in the Lok Sabha on Friday amid ruckus with the Congress signalling its opposition to the proposed legislation.. 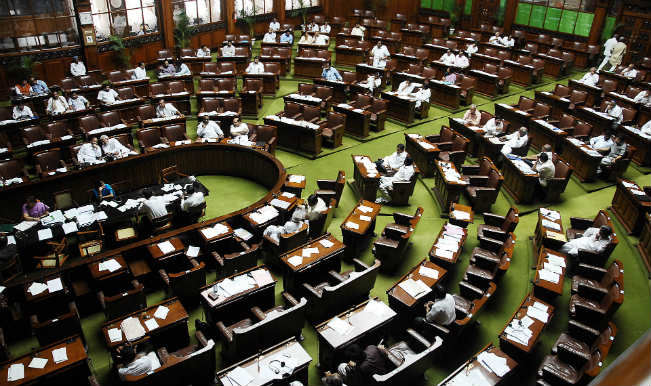 New Delhi, Jul 12: A bill to amend the Telecom Regulatory Authority of India (TRAI) Act was introduced in the Lok Sabha on Friday amid ruckus with the Congress signalling its opposition to the proposed legislation. The bill replaces an ordinance brought by the National Democratic Alliance (NDA) government to facilitate appointment of Nripendra Misra as the principal secretary to Prime Minister Narendra Modi. Misra is a former chairman of TRAI. Also Read - No Plans to Print Currency Notes To Tide Over Economic Crisis, Says Finance Minister Nirmala Sitharaman

The bill seeks to amend the act which prohibited TRAI chairman and members from taking up any other job in the central or state governments after demitting office. Misra is a 1967-batch retired Indian Administrative Service (IAS) officer of Uttar Pradesh cadre and his appointment as the principal secretary to the Prime Minister will be co-terminus with the term of the prime minister or till further orders. Also Read - Good for Weekend Consumption! Shashi Tharoor's Exotic Description of Bhelpuri Goes Viral, Tweeple Calls it 'Foodosaurus'

The bill met with opposition from the Congress and other opposition parties, who questioned why the government was changing regulations for one person. “This is the first time a bill is being brought for the appointment of one person,” said Sougata Roy of the Trinamool Congress while opposing the bill when it was introduced in the lower house of parliament.

Talking to reporters outside parliament, Congress leader Shashi Tharoor said: “We are not against Nripendra Mishra but we object to the manner in which he is being appointed.”  He said the TRAI was set up as an independent body whose chairman could not be tempted by prospect of future employment. “You are making chairman the hand maiden of the government,” he said.

Congress sources said the party may reach out to other opposition parties for opposing the bill both in the Lok Sabha and the Rajya Sabha.

The Aam Aadmi Party (AAP), which has four MPs in the lower house, also said it will oppose the bill. “AAP MPs will strongly oppose TRAI Amendment Bill introduced in the LS (Lok Sabha) today (Friday), seeking ratification to the ordinance passed to appoint Nripendra Misra,” AAP said in a comment on its official twitter account.

Sources said the government was confident of getting the bill passed in the Lok Sabha and was reaching out to parties in the Rajya Sabha to prevent the Congress from blocking the legislation.  The Congress is the biggest party in the upper house. The ordinance was among the first few decisions of the Modi government and involves prestige of the government as it concerns appointment of a person on prime minister’s staff.

BJP leader Rajiv Pratap Rudy said the bill seeks to remove an anomaly. “If you see the original bill, there is a provision which says that those who have occupied the chair of a member or of that of a chairman cannot hold any government position in the Centre or the state,” he said.  “But they can be employed in private sector. So this anomaly has to be changed,” Rudy said.

In its official briefing, the Congress attacked the government over the bill and said it did not find anybody in first week of its existence “except a person who violates what has been a principle earlier”. “This is nullification of parliament. This is defiance of parliament bill (passed earlier) and within one week of your birth you are taking recourse to ordinance raj for a person not for a policy,” Congress spokesperson Abhishek Manu Singhvi said.