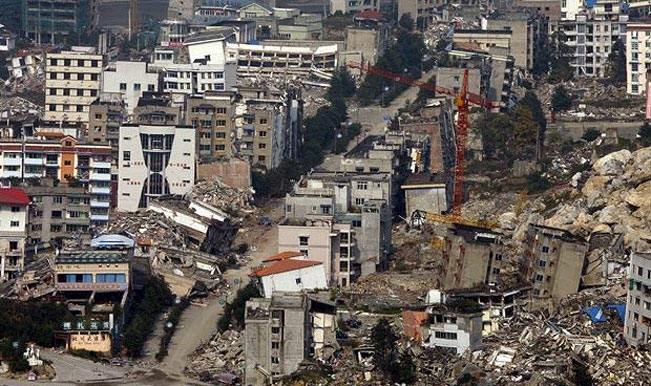 Beijing, Aug 3: At least 150 people were killed Sunday when a 6.5-magnitude earthquake hit China’s Yunnan province. The quake occurred at 4.30 p.m. in Yunnan’s Zhaotong city, Xinhua reported. According to the China Earthquake Networks Centre (CENC), the earthquake occurred at a depth of 12 km and with the epicentre in Longtoushan township, 23 km southwest of the county seat of Ludian county, Zhaotong city. Also Read - China Earthquake: 13 Killed, 175 Injured, Toll Expected to Rise

An earthquake measuring 5.5 on the Richter scale hit the coast of Andaman islands Tuesday but there was no threat of a tsunami, officials said. According to the India Meteorological Department (IMD), the “moderate” intensity quake hit the north Andaman island coast at 12:37 p.m. A tsunami warning was not issued by the IMD.