Congress MP Ponnam Prabhakar from Andhra Pradesh has filed a police complaint against two MPs from his state. 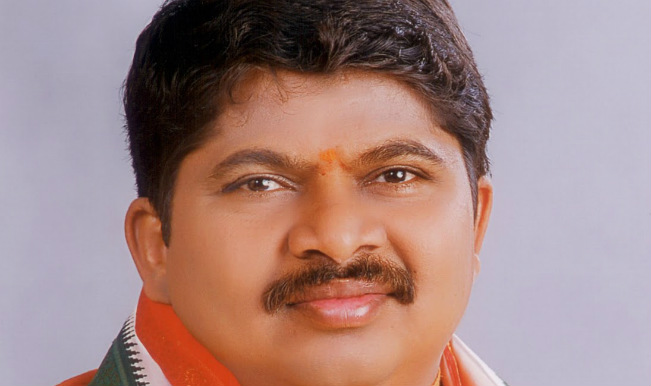 New Delhi, Feb 21: Congress MP Ponnam Prabhakar from Andhra Pradesh has filed a police complaint against two MPs from his state who allegedly used pepper spray and brandished a “knife” in the Lok Sabha while opposing the Telangana bill. Prabhakar was hospitalised for a few hours after the incident. (Read: Tantrums in the Parliament)Also Read - Health Authorities in Telangana On Their Toes After 43 Girl Students Test Positive For COVID19 in Sangareddy

According to a police officer, the complaint has been lodged in the Parliament Street police station. But police are taking legal opinion on whether to register a First Information Report (FIR) as the incident took place inside parliament. (Read: Things that Indian MPs can throw in the Parliament) Also Read - Winter Session LIVE: Parliament Passes Bill to Repeal 3 Farm Laws, Opposition Raises Objection on Manner of Doing it

“We have received a complaint. Since the incident happened inside parliament, we are taking legal advice for registering the case and to launch an investigation,” a police official told IANS. Also Read - Shocking! 80% Women in THESE South Indian States Justify Men Beating Their Wives: Survey

The complaint by the MP from Karimnagar says that a criminal case should be lodged against the two MPs – L. Rajagopal of the Congress, who had parliamentarians coughing and teary eyed with after using pepper spray, and Telugu Desam Party’s Venugopal Reddy for brandishing a “knife” – the officer added.

Confirming that a complaint has been filed, an aide of Prabhakar told IANS that it was filed last week. Two days back, IANS had reported that police may be asked to probe the pepper-spraying episode.

The incident occurred during the introduction of the Andhra Pradesh Re-organisation Bill, 2014, in the Lok Sabha Feb 13, when Rajagopal, an expelled Congress member, used pepper spray in protest. Three MPs, including Prabhakar, had to be taken to hospital.

All parties had then demanded action against the MPs. The government said it would not oppose any decision taken by Speaker Meira Kumar.

Rajagopal Feb 18 tendered his resignation which was accepted by the speaker. Reddy has denied carrying a knife inside parliament. IANS