Fifty students of a government primary school fell ill in Bihar Friday after eating their mid-day meal in which a dead lizard was found, an official said. 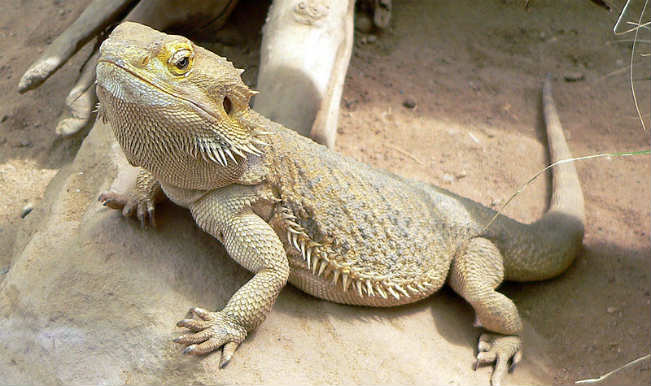 Also Read - Govt Apathy: Villagers In Bihar's Gaya Construct Bridge That Had Been Pending For 30 Years!

“An FIR has been lodged against both of them,” a district official said. This is the fourth such incident in the last one month in the state. A district official in Bhagalpur said children complained of uneasiness after having the meal at Bahtara primary school at Raghopur near Naugachia. Also Read - 5.3 Magnitude Earthquake Hits Kathmandu in Nepal, Tremors Felt in Bihar Too

They were admitted to a government-run primary health centre and are said to be out of danger. “Doctors examined and treated them,” an official said. “We have asked the official concerned to conduct an inquiry and submit a report soon. The guilty officials or teachers will face action,” he added.

Police collected samples of the meal, the official said. Doctors who examined the children, however, did not find any sign of poisoning. Last Saturday, 12 students fell ill in Buxar district after eating their mid-day meal at a government school, officials said.

In Vaishali district 33 students fell sick July 18, and in Siwan district 25 others took ill July 11 after their mid-day meals. In early July, a dead snake was found in the mid-day meal served to students. According to education department officials, there have been 14 cases of poisoning in the past seven months in the state, including Friday’s incident from Bhagalpur.

Last year, 23 students died after eating meal at a primary school in Saran district. In Bihar, 16 million students get food under the mid-day meal scheme, which is running in 72,000 schools across the state.