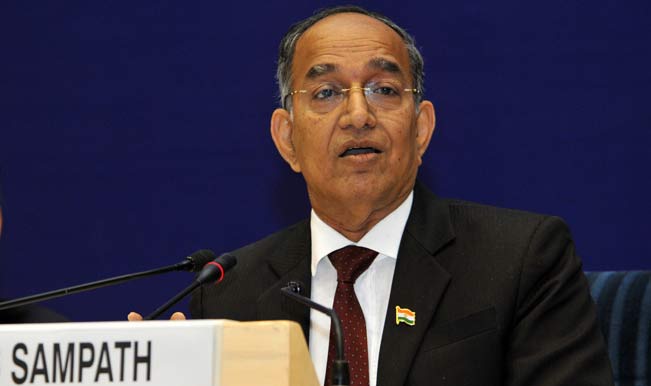 New Delhi, May 18 : The Election Commission will submit the list of newly elected members of the 16th Lok Sabha to President Pranab Mukherjee today.“The Election Commission will call on the President at 6.30 PM and submit the list,” Press Secretary Venu Rajamony said here.The list containing the names of all the 543 MPs will be handed over to the President by a three-member EC team headed by Chief Election Commissioner V S Sampath.The handing over of the list marks the beginning of the process of government formation when the President can initiated moves in this regard.In the 2009 Lok Sabha polls, the “due constitution” list was handed over to President Pratibha Patil on May 18 after the counting of votes on May 16. Also Read - Gurjeet Singh Aujla, TN Prathapan and Seven Other Lok Sabha MPs Likely To Be Suspended For Throwing Papers At Chair