Exclusive: All you want to know about the Saharanpur riots in Uttar Pradesh

The real story behind the Sikh-Muslims clash over a piece of land near the Saharanpur Gurudwara. (with Exclusive Images) 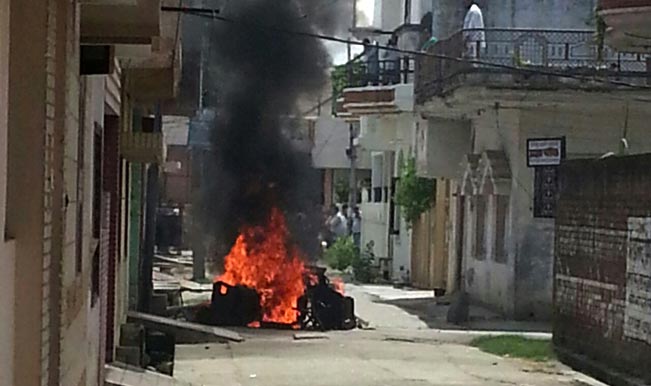 Violent clashes broke out in Saharanpur in western Uttar Pradesh on Saturday over a land dispute as groups of Muslims and Sikhs clashed on the streets in broad daylight. Authorities imposed curfew in the region to bring the situation under control after two persons were killed and at least 12 others injured in the clashes between the two communities over a land dispute. The early morning violent clashes broke out around 5 a.m. Five policemen were reportedly injured as the two sides indulged in brick batting and arson. The mob also burnt shops and vehicles. People with swords ran after Sikh community while the Sikh groups indulged in stone pelting in protest as the city witnessed violence, a day after the last Friday of holy month of Ramadan. (See more exclusive pics of Saharanpur riots here) Also Read - Afghanistan: Islamic State Claims Responsibility For Attack on Sikh Gathering at Gurdwara in Kabul, 27 Killed 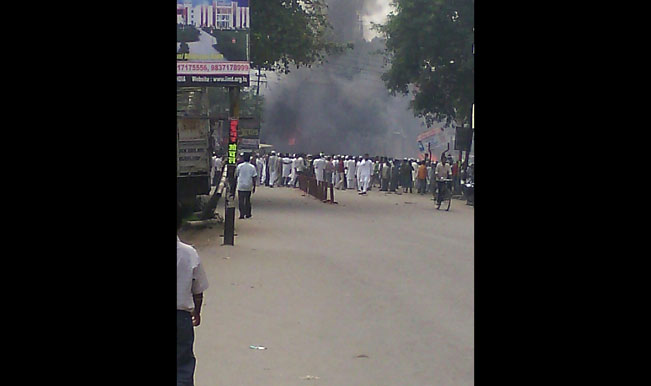 The land dispute over a Gurudwara land in Saharanpur near railway station sparked off the violence. The Gurudwara is adjacent to a huge piece of land which the Sikh community has been taking care of for past so many years. The land has been under dispute has been in controversy for some time already. The land was to witness the ‘lintel’ being dropped today in order to pursue some construction work. The Muslim community alleged that the land belongs to them and there cannot be any construction. The Sikhs defended that the land is adjacent to their Gurudwara and is rightfully theirs since many years. 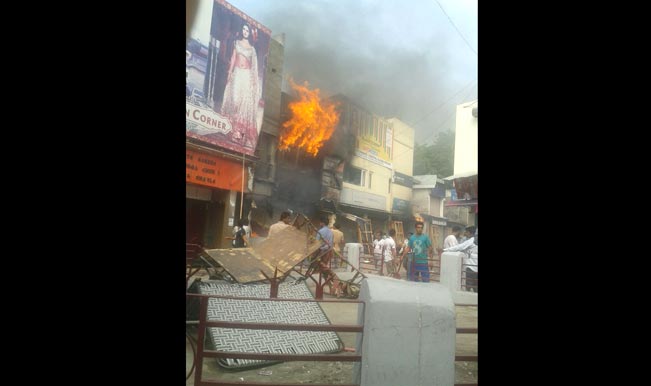 The talks between the two sides failed to reach any conclusion and violence broke out. Sikhs alleged that the violence seemed pre-planned as Muslims from Moradabad and Muzzafarpur were also called in numbers. Gun shots were fired on the Sikhs and people with swords ran after the Sikh community in the region. Shops belonging to Sikh community in Nehru Market were set on fire by the angry mob. 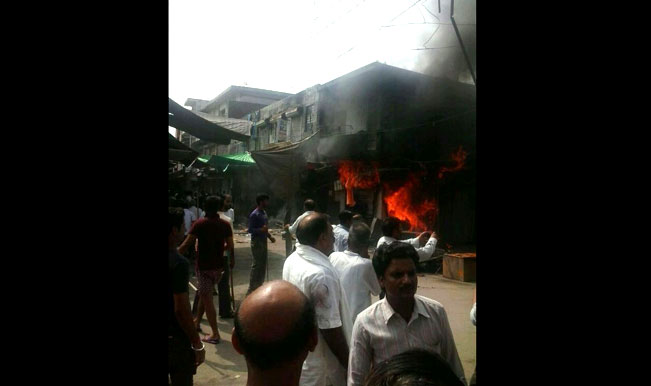 A witness in Saharanpur said that angry mob targetted shops owned by Sikh community. Traffic on the national highway connecting Ambala was thrown out of gear as protestors went on the rampage. District officials said curfew has been clamped in Saharanpur city. Over two dozen shops and vehicles were gutted. A dozen people have been arrested for inciting violence over the land dispute.

The fresh riots in Saharanpur once again brings to light poor administration and failure of the state government to take remedial measures. It seems the Akhilesh Yadav-led Samajwadi Party has not learnt any lessons from the Muzzafarpur riots last year.