Check out these tweets if you are tired of watching Arnab Goswami just yelling at people rather than having a decent debate with equal opportunities to all no matter what the topic is. 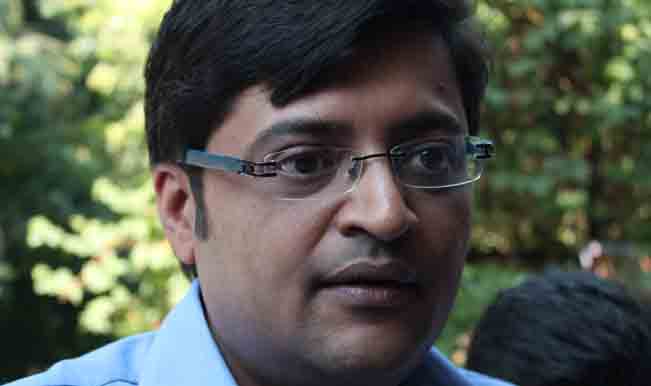 Arnab Goswami may finally be facing the brunt of his brash journalism via Times Now by making it to the list of top 10 most trending topics on Twitter. The Twitterati have ganged in Arnab Goswami on what was initially what got him fame, his ability to conduct a debate which has now just become a shouting match with the winner being decided by a decibel meter and not logic or apt arguments. Also Read - TRP Scam: Arnab Goswami Paid me Rs 40 Lakhs to Fix Ratings, Says BARC ex-CEO Partho Dasgupta

Arnab Goswami may have brought a change to journalism standards of India but his heated debates where he plays the Judge, Jury and Executioner day after day after day is not being taken lightly anymore by Tweeple. His aim to get the highest ratings and bring in his favourable panel of speakers with the most common being Vinod Mehta who form an unsaid alliance and try to drown out the views and arguments of people right when the debate maybe moving in a direction not intended by him. Also Read - Arnab Goswami Chats: CWC Demands Parliamentary Probe on Violation of Nationals Security, Official Secrets Act

Here are some of the best tweets on the infamous news anchor. Also Read - WhatsApp Row Over Arnab: Maharashtra to Hold Meet Take Next Course of Action Tomorrow

Arnab suffering from “I am Judge and Jury” #GetWellSoonArnab

“@nonesuchis: #GetWellSoonArnab the country wants to know what AILS your sense of right and wrong.”

#GetWellSoonArnab once there were honest, cultured and hardworking journalist now there is arnab goswami

Today India is in a rot because fourth pillar of democracy can be bought, suppressed, manipulated. #GetWellSoonArnab

You’re not a journalist You’re not a debate moderator You’re a crass bully!! You muzzle voices. You impose your opinion. #GetWellSoonArnab

Unbiased reporting. Are we asking for too much? #GetWellSoonArnab

You can hate AAP but u cant hate their work Show this on your channel too my fren #GetWellSoonArnab pic.twitter.com/UgVCIypi6W

Today when India has a chance to clean its politics , media is playing in the hands of corrupt. #GetWellSoonArnab

What .@timesnow needs to understand is the difference between Breaking News and Faking News. #GetWellSoonArnab

Arnab wants to be the First Front, Second Front and Third Front of Indian Journalism #GetWellSoonArnab

People are tired of your fish market journalism. #GetWellSoonArnab pic.twitter.com/cRhQ77nU1t

Similarity between sidhu and arnab.. One can laugh without reason and other can talk. #GetWellSoonArnab and difference one doing his job but