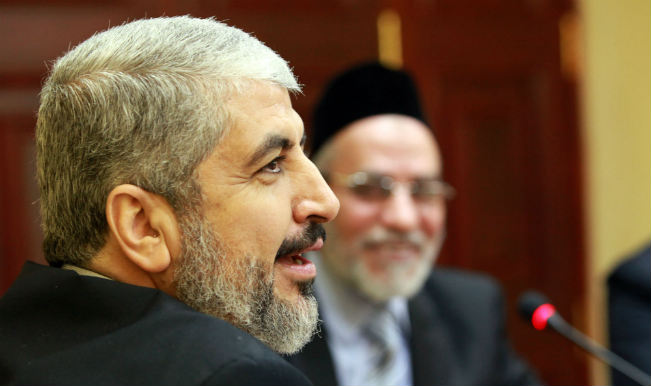 “Responding to the United Nations calls and putting in considerations our people’s circumstances, the Palestinian factions accepted a mutual humanitarian ceasefire for 72 hours,” al-Resheq wrote. Also Read - Israeli Military Attacks Gaza in Response to Rocket Attack; Netanyahu in US For Meeting With Trump

On late Thursday night, US Secretary of State John Kerry and UN Secretary-General Ban Ki-moon announced separately that Israel and Hamas agreed another temporary humanitarian ceasefire as their bloody conflict has been raging on for almost one month in the sieged Gaza Strip.

According to a statement issued by the UN, during the ceasefire, “forces on the ground will remain in place”, which implies that Israel will maintain its military presence in the Strip when the truce is effective.

However, the top US diplomat, who is on a visit to India, said that Israel will keep up “defensive” operations to destroy tunnels during the newly-agreed truce in Gaza. Israel launched in July 8 a military operation on the Gaza Strip which killed more than 1,400 Palestinians, wounded more than 8,000 and destroyed around 2,000 houses, a health ministry statement said in Gaza.

Israel said that more than 45 Israeli soldiers were killed and dozens injured since the start of the ground operation in the Gaza Strip in July 11, three days after launching the operation Protective Edge.