Murthy, 36, is the first Indian-American physician to be nominated by President Barack Obama to the prestigious job. 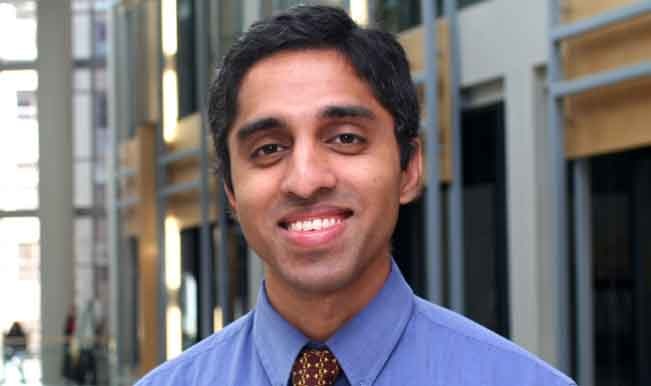 Leaders of American Association of Physicians of Indian Origin (AAPI) have met with key US senators seeking their support for the confirmation of Vivek Murthy as the US Surgeon General.Also Read - Woman Raped on Train While Passengers Remain Mute Spectators

Murthy, 36, is the first Indian-American physician to be nominated by President Barack Obama to the prestigious job of what is sometimes called “America’s doctor”. Also Read - Good News For Tourists From Australia, Other Countries, They Will Soon Get 500,000 Free Visas to Visit India | Details Here

If confirmed by the US Senate, Murthy will become the 19th surgeon general. A graduate of Yale University, where he earned a medical degree and an MBA, he will also be the youngest person to hold the office established in 1871. Also Read - 'Leave Serena Immediately': US, UK Warn Citizens of ISIS Threat to Kabul Hotels

As the US Surgeon General, Murthy will be the leading spokesperson on matters of public health in the US and the operational head of the 6,500-strong US Public Health Service Commissioned Corps, one of the seven uniformed services including army, navy, air force and marines.

“AAPI is proud to support the nomination of Dr. Vivek Murthy as the US Surgeon General,” AAPI president Jayesh B. Shah said noting it “cements the reputation physicians of Indian origin have across America.”

Murthy’s nomination has been hailed by the influential Indian-American physician community, consisting of over 100,000 strong physicians of Indian origin in the US, who provide health care services to nearly one in every seven patients in the US. IANS