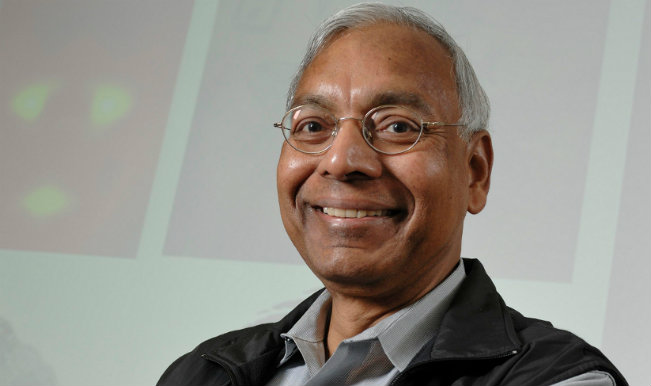 Washington, March 6: A team of Michigan State University computer scientists led by Indian Institute of Technology (IIT) Kanpur alum Anil Jain have built the first three-dimensional model of a human fingerprint. This development will not only help today’s fingerprint-matching technology do its job better, but could eventually lead to improvements in security, according to information posted on MSU website. Also Read - Fourth COVID Wave in June: What Experts Have to Say on IIT Kanpur Study Predictions?

What Jain, a University Distinguished Professor of computer science and engineering, and his team did was develop a method that takes a two-dimensional image of a fingerprint and maps it to a 3-D finger surface. The 3-D finger surface, complete with all the ridges and valleys that make up the human fingerprint, is made using a 3-D printer. It creates what Jain’s team called a fingerprint “phantom.” Also Read - Coronavirus 4th Wave: Here's What Govt Said on IIT Kanpur Study Predicting Next COVID Wave in June

Imaging phantoms are common in the world of medical imaging. For example, to make sure an MRI machine or a CT scanner is working properly, it needs to first image an object of known dimensions and material properties. “In health care, a 3-D heart or kidney can be created,” Jain said. “Because the dimensions are known, they can be put into a scanner and the imaging system can be calibrated.”

In this case, the ultimate goal is to have a precise fingerprint model with known properties and features that can be used to calibrate existing technology used to match fingerprints. “When I have this 3-D fingerprint phantom, I know its precise measurements,” said Jain. “And because I know the true dimensions of the fingerprint features on this phantom, I can better evaluate fingerprint readers.”

While the 3-D model doesn’t yet have the exact texture or feel of a real finger, it could advance fingerprint sensing and matching technology. “Tools like this would help improve the overall accuracy of fingerprint-matching systems, which eventually leads to better security in applications ranging from law enforcement to mobile phone unlock,” Jain said.

Members of Jain’s team include Sunpreet Arora, a computer science doctoral student, Kai Cao, a research associate in computer science and engineering and research collaborator Nick Paulter at the National Institute of Standards and Technology.

Jain, who has a B.Tech degree from IIT Kanpur and MS and PhD degrees from Ohio State University, has six US patents on fingerprint matching and has written a number of books on biometrics and fingerprint/facial recognition. Additionally, Jain has also received a number of prestigious awards for contributions to pattern recognition and biometrics.