‘Iraq crisis needs to be tackled militarily and politically’

The advance of the Al-Qaeda splinter group the Islamic State in Iraq and Syria and its allies towards Baghdad appears to have been "stalled" but the "grave" situation in Iraq needs to be dealt with militarily as well as politically. 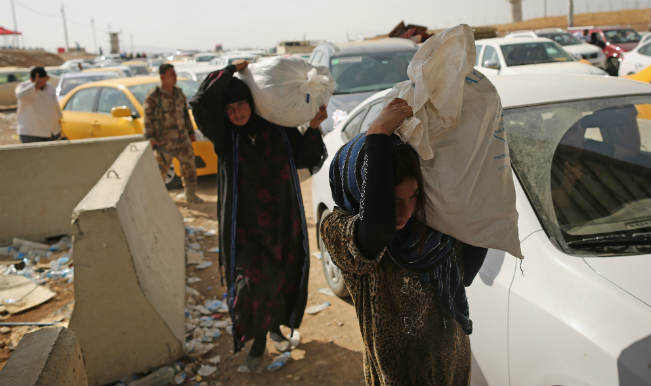 United Nations, Jun 26: The advance of the Al-Qaeda splinter group the Islamic State in Iraq and Syria (ISIS) and its allies towards Baghdad appears to have been “stalled” but the “grave” situation in Iraq needs to be dealt with militarily as well as politically, a top UN official has said. Also Read - Al Qaeda Urges Indian Muslims to Wage Jihad Against India

The advance on Baghdad appears to be “stalled”, given the saturation of Iraqi army forces in the area, UN Secretary- General Ban Ki-moon‘s Special Representative in Iraq Nickolay Mladenov said in his briefing to journalists here yesterday via video from Baghdad.
“For anyone to attempt to take over Baghdad would be extremely difficult,” he said. Also Read - Doctor, Who Helped US Locate And Kill Osama Bin Laden, Sits on Hunger Strike in Prison

However, a military solution alone “would not be possible,” he said, adding that the “grave” situation in Iraq requires a solution based on military, political and social processes that will address the concerns of all communities.

“We have consistently urged for the need for national dialogue, for unity, and, very importantly, for the full participation of the Sunni community in the political process, without whom that process will not be complete,” said Mladenov, head of the UN Assistance Mission for Iraq (UNAMI).

The elements of the crisis caused by the advances of the armed group ISIS and its allies must be addressed militarily, he said, noting that the success of any military operation hinges on cooperation between Baghdad and Erbil, the seat of the autonomous Kurdish region.

The military plan must also be Iraqi-led and reflect a certain level of national agreement for consensus between the various communities, Mladenov stressed. At least 900 civilians have been killed since June 5, when ISIS and its allies began their sweep across the country, and 650 have been wounded in fighting in Nineveh, Salah al-Din and Diyala, he said, citing updated figures.

UNAMI and the UN human rights office said at least 757 civilians were killed in those cities and 599 were injured.
Overall, at least 1,300 people were killed in Iraq, and another 1,250 injured in the two weeks.