Iraq situation to be debated in Parliament next week

The Iraq situation with specific reference to Indians stranded there will be discussed in Parliament next week, with the Rajya Sabha taking it up on Monday. 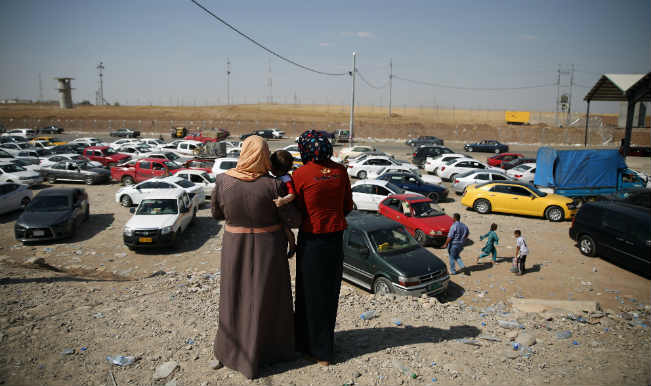 New Delhi, Jul 31: The Iraq situation with specific reference to Indians stranded there will be discussed in Parliament next week, with the Rajya Sabha taking it up on Monday. Parliamentary Affairs Minister Venkaiah Naidu told party MPs that both Houses of Parliament will take up a discussion on the Iraq situation in the coming week. Naidu later told reporters that the issue will be taken up in the Rajya Sabha on Monday in a short-duration discussion. Also Read - Rs 517 Crore Spent On PM Modi’s Foreign Visits to 58 Countries Since 2015: Govt Tells Rajya Sabha

Some members had moved a Calling Attention Motion in Lok Sabha last week, after which External Affairs Minister Sushma Swaraj said India has had “very good historical relations” with Iraq and “it must be recalled that several years ago, it was this House that had passed a resolution and we did not send our armed forces to Iraq.” She informed the Lok Sabha that as of July 22, over 4,000 Indian nationals have been provided assistance for travelling back to India, including air tickets to 3,113 nationals, since the setting up of the camp offices. Also Read - 16 Countries Provide Visa-Free Entry to Indian Passport Holders: Govt Tells Rajya Sabha

“The safety and security of Indian nationals, especially 41 Indian nationals in captivity in Mosul, is a matter of foremost concern and pre-occupation for us. We are leaving no stone unturned for their safe return,” she had stated. Of a total of around 22,000 Indians present in Iraq, around 15,000 were in the safe region of Kurdistan which was “a matter of relief”, she said.

The inter-ministerial ‘Standing Group for Repatriation of Indian Nationals from Abroad’ has put in place robust contingency plans for safe and expeditious evacuation of Indian nationals from Iraq, if situation so demands. Sharing the concern of the House, Swaraj said it would remain the “earnest endeavour” of the government to assist every Indian citizen currently in Iraq and ensure their safe return.

India has set up special camp offices in Basra, Najaf and Karbala and strengthened its Mission in Baghdad through the addition of 25 staff members. Meanwhile, on the issue of bugging which the Congress is raising vociferously in Parliament, government sources said it is ready for a Parliamentary probe into all bugging cases from 2004 onwards, if Congress insists on one.