The deadly 25-day conflict has claimed over 1,500 lives 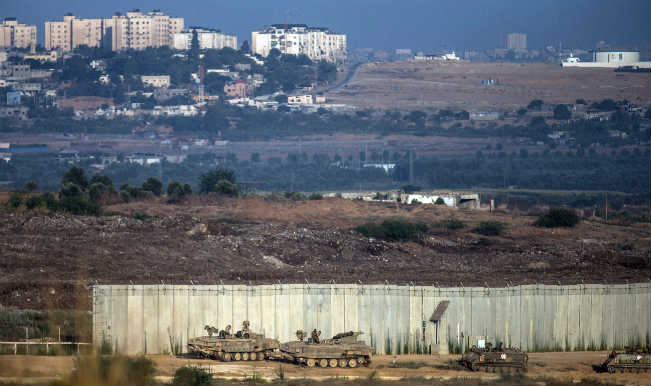 UN/Jerusalem, Aug 1: Israel and Hamas today agreed to an unconditional 72-hour ceasefire in Gaza even as the US said the deal to be negotiated in Cairo by Israeli and Palestinians is an opportunity to find a long-term solution to end the deadly 25-day conflict that has claimed over 1,500 lives. Also Read - Donald Trump Nominated For Nobel Peace Prize For 'Historic Peace Agreement' Between Israel & UAE

A joint statement issued by UN Secretary General Ban Ki-moon and US Secretary of State John Kerry said that the UN representative in Jerusalem, Special Coordinator Robert Serry, has “received assurances” that all parties have agreed to an unconditional humanitarian ceasefire in Gaza. The ceasefire will commence at 0500 GMT (8 AM local time) today and will last for 72 hours unless extended. During this time the forces on the ground will remain in place. Also Read - Weed Falling From The Sky! Drone Drops Hundreds of Bags of Marijuana in Israel, People Rush to Collect | Watch

Israeli and Palestinian delegations will immediately go to Cairo for negotiations with the Egyptian government, at the invitation of Egypt, aimed at reaching a durable truce. The two sides will raise all issues of concern in these talks. “We urge all parties to act with restraint until this humanitarian ceasefire begins, and to fully abide by their commitments during the ceasefire,” the statement said.

The ceasefire is “critical to giving innocent civilians a much-needed reprieve from violence,” it said. Egypt has invited Israel and the Palestinian Authority to send delegates to Cairo for truce talks, after the 72-hour ceasefire in Gaza was announced. “Egypt emphasises the importance of both sides committing to the ceasefire so the negotiations can take place in a favourable atmosphere,” the Egyptian foreign ministry said in a statement. The delegations are expected to start arriving in Cairo later today.

Since Israel began its offensive in Gaza on July 8, at least 1,450 Palestinians have been killed, along with 61 Israeli soldiers and three Israeli civilians. “This is not a time for congratulations and joy, or anything except a serious determination, a focus by everybody to try to figure out the road ahead. This is a respite. It’s a moment of opportunity, not an end; it’s not a solution. It’s the opportunity to find the solution,” Kerry, who fell short of winning a truce in Cairo last week, said.