Israeli soldier feared captured by Hamas has been declared dead 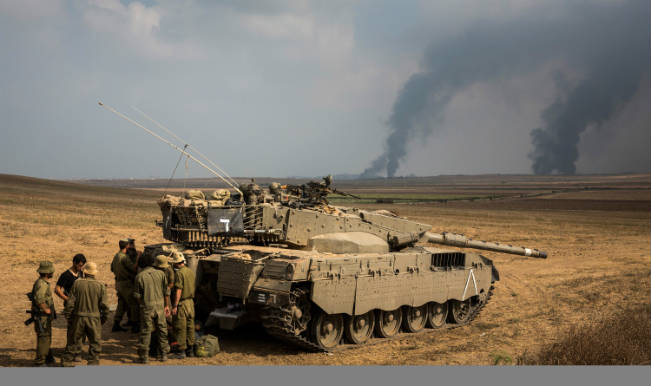 Jerusalem, Aug 3: An Israeli soldier the military feared had been abducted by Palestinian gunmen in a firefight that shattered a temporary ceasefire in Gaza has been declared dead, ending what could have been a nightmare scenario for Israel hours after it signaled it plans to scale back its operation against Hamas militants. Also Read - Donald Trump Nominated For Nobel Peace Prize For 'Historic Peace Agreement' Between Israel & UAE

The military announced today that 23-year-old Hadar Goldin of the Givati infantry brigade had been killed in battle on Friday. Israel’s defense minister, along with the chief military rabbi, met with the soldier’s family at their home in the town of Kfar Saba. Hundreds of well-wishers had gathered outside their home, praying and showing their support. There was an outpouring of grief when the military’s announcement was made public. “Prior to the decision, all medical considerations, religious observances, as well as additional relevant issues were taken into consideration,” the military said. Also Read - Weed Falling From The Sky! Drone Drops Hundreds of Bags of Marijuana in Israel, People Rush to Collect | Watch

The Israeli military had previously said it believed the soldier was grabbed in a Hamas ambush about an hour after an internationally brokered cease-fire took effect on Friday morning. Hamas on Saturday distanced itself from the soldier’s alleged capture, which had prompted widespread international condemnation. U.S. President Barack Obama, U.N. Chief Ban Ki-moon and others had called for his immediate and unconditional release.

For Israel, the capture of a soldier or civilian by Palestinian militants is a nightmare scenario with far-reaching implications.
Israel has gone to great lengths in the past to get back its captured soldiers. In 2011, it traded over a thousand Palestinian prisoners, many involved in deadly attacks on civilians, for a single Israeli soldier who had been captured by Hamas-allied militants in 2006.

The capture of two soldiers in a cross-border operation by Lebanon’s Hezbollah gunmen in 2006 sparked a 34-day war between the Iranian-backed militant Shiite group and Israel. Soon after the soldier was believed abducted on Friday, Israel conducted extensive searches in the territory and deployed heavy fire that killed scores of Palestinians