The youth, identified as Farhat Ahmad Dar, was killed when an agitating mob tried to torch a police vehicle. 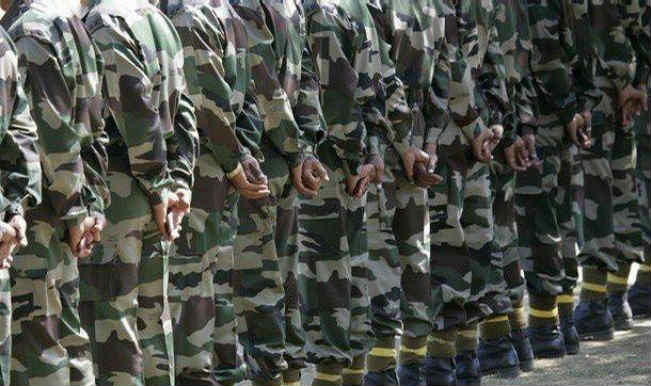 Srinagar, March 14: A youth was killed in firing by security forces in Jammu and Kashmir‘s Bandipora district Friday after a clash with protesters, police said. The incident created more tension in the area, while authorities have ordered a probe. Also Read - Mehbooba Mufti Not Under House Arrest, Advised Not to Visit Pulwama For Security Concerns: J-K Police

The youth, identified as Farhat Ahmad Dar, was killed when an agitating mob tried to torch a police vehicle that was trying to chase away protesters in Naidkhai area of Bandipora during stone pelting during protests after the Friday prayers. Also Read - PDP's Waheed Parra Remanded to 15-Day NIA Custody for Alleged Connections with Hizbul Mujahideen

Although police said its personnel fired in the air, witnesses said the youth had been hit by a police bullet. Locals also said the slain youth was been a student. Police said Dar was immediately taken to Pattan hospital for treatment, but he succumbed en route.

“A time-bound magisterial probe has been ordered by district magistrate into the death of Farhat Ahmad Dar, son of Gulam Rasool Dar, resident of Shahgund Naidkhai, in a firing incident today (Friday),” a senior state government official said here.

The officer also said an FIR is being lodged into the incident by police. Senior civil and police officers have rushed to the spot to maintain law and order and ascertain the exact facts leading to the youth’s death.