Kashmiri students are let off ‘sedition charge’ hook after criticism 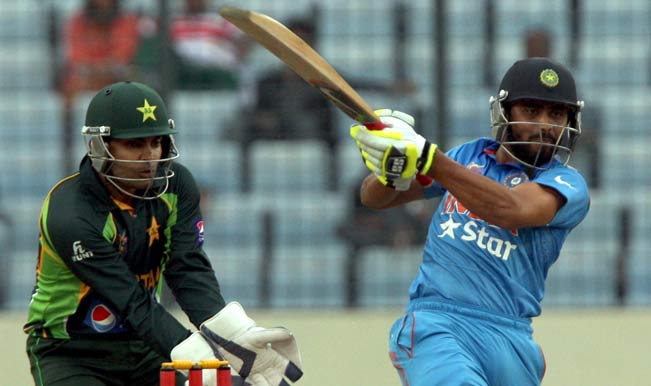 The Indian police authorities in have dropped the sedition charges made against 67 Kashmiri college students, who were suspended by their university for cheering for Pakistan during a cricket match and allegedly shouting anti-India slogans after they won. Also Read - Lucknow Anti-COVID Guidelines For Malls, Complexes: Entry of Only 'Serious Buyers' Allowed, Safety Gear Mandatory | Read Here

Cricket’s most intense rivalry – between India and Pakistan – was dramatically followed, and was always taken seriously by fans. This case occurred at Swami Vivekanand Subharti University (SVSU) where the students were initially suspended and escorted out of the university campus after the match, due to concerns of inter-student violence, according to university sources. Also Read - Uttar Pradesh Shocker: Woman Gangraped on Moving Bus in Meerut; Third Such Incident in a Month

What happened at the night of the match in SVSU is not clear, but the students were watching the match in the university community hall. After Pakistan won, they argued and then broke into violent clashes, damaging university property. They were subsequently thrown off campus as a ‘precautionary measure’. The accused students, however, blame the others for initiating the clash. They also denied that they had shouted anti-Indian slogans, and that they merely clapped when Pakistan won. The case was later dropped by the authorities on account of vast criticism.

Police apparently investigated the students, all from Indian-administered Kashmir, after they were threatened with the charges following the Asia Cup clash between the two nations. University officials’ complaint against the students, who were cheering Pakistan’s victory after the match, prompted the investigation.

The police chief Omkar Singh stated that the university administration submitted a written complaint against unknown persons for indulging in anti-national activities and creating a ruckus on the university campus. They then registered a case and if evidence was established against the accused, the law would proceed as usual against them. The police then said that though the charges of sedition would be dropped, they would still investigate damage to property.

The charges by the authorities on the students provoked strong criticism.