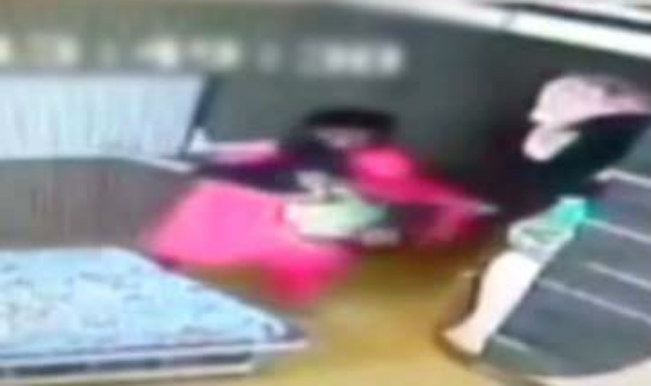 Kolkata, July 24: Police teams Thursday fanned out in areas around Kolkata and in a neighbouring state to nab elusive private tutor Pooja Singh, who was caught on video brutally thrashing a three-and-a-half-year-old child in the city. “We have widened our search in a neighbouring state, as also in areas close to Kolkata,” said a police officer linked to the investigation into Wednesday’s horrific incident at Lake Town in northeast Kolkata. Also Read - West Bengal: Veteran CPI(M) Leader Shyamal Chakraborty, COVID-19 Positive, Passes Away at 76

He, however, refused to give out the name of the neighbouring state. Additional Deputy Commissioner of Police, Bidhan Nagar, Debasish Dhar said police had pinpointed the person with whom the teacher and her husband were most likely to take shelter. Also Read - Ram Mandir: Sporadic Clashes Erupt in Parts of West Bengal Over Ayodhya Celebrations

“We are also studying the couple’s financial condition to ascertain how long they can sustain themselves on the run,” he said. Calling Pooja Singh “largely psycho”, Dhar said she often brutally beat up her own child and children of relatives. State Child Welfare Minister Shashi Panja submitted a report to the Chief Minister’s Office regarding the incident.

The report called for quick arrest and stringent punishment to the accused, psychological treatment of the child to bring him back to normalcy and promised to extend all help which the child’s family asks for. A shocked Education Minister Partha Chatterjee said the way the teacher was seen beating the child was “barbaric” and pathetic”.

“She does not deserve to remain in the society,” he said. Clippings broadcast by TV channels showed the child falling to the ground as the woman teacher forcefully kicked him twice on his chest. The horrified child, a nursery student in a reputed English medium school, was also slapped and blows rained on him as he was thrown on to the bed and pinned down.

The child’s mother filed a police complaint at the Lake Town police station, alleging her son sustained injuries all over his body after being brutally tortured by the teacher Wednesday. “My son was bleeding and having chest pain. From the CCTV footage, one can see that my child was begging for mercy, but she did not pay any heed and went on assaulting him,” the complaint said.

“He has gone mute and is mentally traumatised,” the mother said in the complaint. The teacher Pooja Singh had come to the child’s residence for the third day Wednesday to give private tuition to him. As the child felt terrorised by the teacher, he did not study under her tutelage for the first two days. So the teacher asked the mother to step outside the room and bolted the door from inside.

“From the hall, I could hear my boy crying. I felt, may be she is giving him some light beating. But then I heard the child’s shrill cries,” said the mother. “I switched on the CCTV camera and in the live footage, saw the teacher brutally and mercilessly assaulting my son. Then I saw her checking the wardrobe and other belongings in the room for reasons best known to her.”

When confronted by the mother, the tutor begged to be let off, and was allowed to go home. Later, Pooja Singh’s husband threatened the child’s family that there would be dire consequences if they approached police. The State Commission for Protection of Child Rights has taken suo motu cognizance of the incident and assured all help to the child’s family.