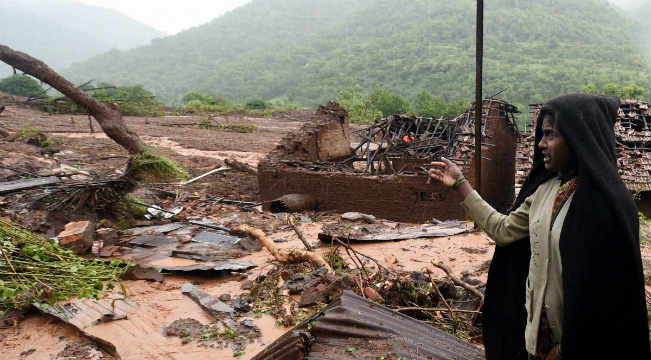 Pune, Aug 1: The toll in a landslide disaster in Maharashtra’s Malin village touched 50, with another 22 injured, an official said on Friday. “So far we have recovered 50 bodies. The relief and rescue work continues on a war-footing,” Pune Collector Saurabh Rao, who is monitoring the situation round-the-clock, told IANS. Also Read - Maharashtra: Death Toll Rises to 22 in Bhiwandi Building Collapse, Two Adjacent Towers Vacated

The village was entirely swept under a landslide on Wednesday. It has also come to light that around two dozen people were sleeping on a platform of the village temple premises in Malin and they may have been washed away in the adjacent river. A team of National Disaster Response Force (NDRF) has started a combing operation along the banks of the river, now in a spate due to incessant rains, to search for victims or survivors. Also Read - 106-year-old Woman Wins Battle Against COVID-19 in Maharashtra