The death toll in the Diva-Sawantwadi passenger train derailment in Maharashtara climbed to 21 after three more passengers died. 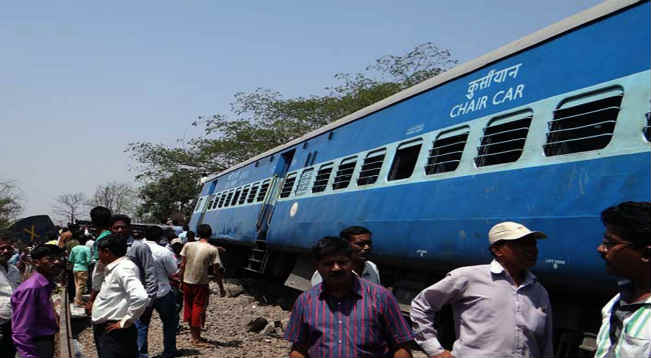 Raigad police official P. K. Patil said the deaths were reported from different hospitals where the victims were undergoing treatment.

Nearly 120 injured passengers were admitted to hospitals in Nagothane, Roha and Alibaug, while the serious ones were shifted to Mumbai.

The passenger and goods train traffic on the Konkan Railway network which was paralysed after the accident has been restored. Officials said the line was functional here at 5 a.m. Monday.

Several trains were allowed to proceed after an 18-hour delay.

The accident took place Sunday at 9.40 a.m. when the engine and four bogies of the crowded Diva-Sawantwadi passenger train derailed near Nagothane, around 100 km south of Mumbai.

A senior railway official said preliminary examination point at the possibility of a rail fracture which led to the derailment.

The railway ministry also announced that Commissioner for Railway Safety Chetan Bakshi will conduct a probe into the incident.