He also said that states and union territories have been asked to strengthen social audits of works under MGNREGA scheme. 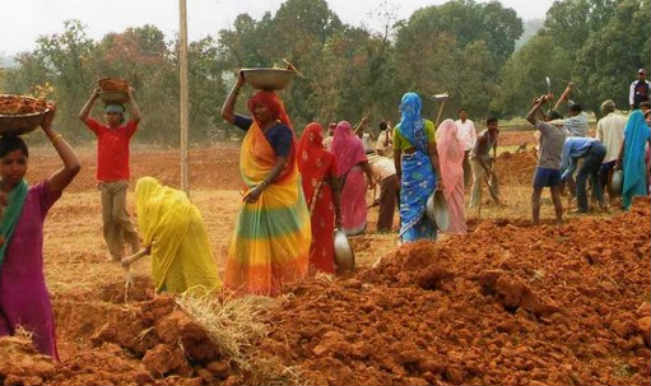 New Delhi, Jul 24 : Acknowleding that there have been instances of corruption in MGNREGA implementation, the government today said states have been asked to strengthen social audits of the scheme. There are certain complaints regarding implementation of the Mahatman Gandhi National Rural Employment Guarantee Act (MGNREGA).

Responding to a query about corruption in the scheme’s implementation, Minister of State for Rural Development Upendra Kushwaha said almost all members know about it and added that steps are being taken for improving the scheme. The government is aware about it (corruption issues) but the government has limitations since actions are to be taken by the states. During Question Hour in the Lok Sabha, he said as on June 30 this year, “out of 3,641 complaints received by the Ministry, 1,769 complaints have been disposed of by the states/union territories”.

On steps for improvement, Kushwaha said “the state and district level Vigilance and Monitoring Committees monitor the scheme. These are now being reconstituted”. He also said that states and union territories have been asked to strengthen social audits of works under MGNREGA scheme.

With regard to delay in payment of wages under MGNREGA scheme, the Minister cited various reasons including “lack of adequate administrative and technical staff, inadequate spread of banks/post offices and lack of connectivity for the delay. The Ministry has categorised the complaints pertaining to MGNREGA into three sections. They are grievances on procedural violation of guidelines, complaints on violating the Act’s provisions and those related to financial irregularities.