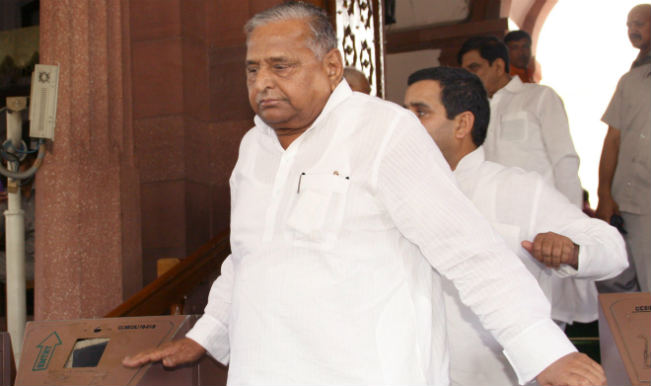 Lucknow, Aug 2: The Parliamentary Board of the Samajwadi Party today authorised national president Mulayam Singh Yadav to select candidates for five assembly seats in Uttar Pradesh for which bypolls will be held soon.
“Of the 12 Vidhan Sabha seats for which by-elections are due, names of seven candidates were approved by the Board. Also Read - Chief Minister Yogi Adityanath Meets Bollywood Personalities Over Film City in Uttar Pradesh's Noida

“For the remaining five seats, the national president has been authorised to choose party nominees,” SP spokesman Rajendra Chaudhary said.
The Parliamentary Board meeting was chaired by state SP president and Chief Minister Akhilesh Yadav. Also Read - This University Postpones Medical Examinations at The Last-Minute | Details Inside

During the meeting, discussions were also held on various issues including the membership drive, preparations for bypolls and taking achivements of the UP government to villages, the spokesman said.

The party has launched a membership campaign from July which will continue till August 31. Under the drive, a target of enrolling 1.5 lakh members has been fixed. It was also decided at the meeting to observe student awareness fortnight from September 5.