Narendra Modi-led NDA govt mulls over what UPA did in 2004 – removing Governors!

The Narendra Modi-led NDA government is considering replacing the Governors of five states, which were appointed by the outgoing Congress-led UPA government in its regime. 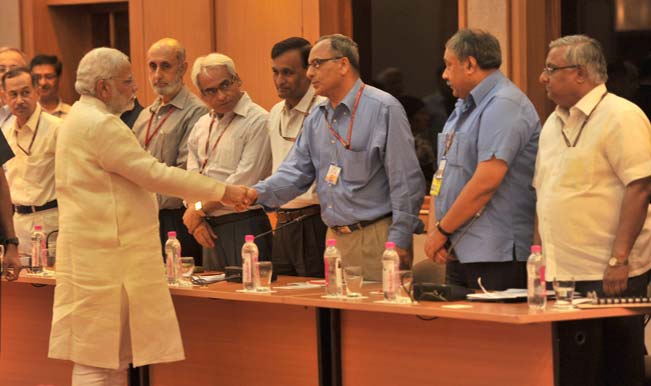 Senior Bharatiya Janata Party (BJP) leader Subramanian Swamy has said that the incumbent governors were appointed in the UPA tenure by Sonia Gandhi and not on merit. The governors should have resigned by themselves, by now. Also Read - EC Calls All-Party Meeting In Kolkata As COVID Cases Surge In Bengal, Discussion Over Poll Campaigns Likely

The governors who are on Modi government’s radar are: Sheila Dixit of Kerala, B L Joshi (Uttar Pradesh), Ram Naresh Yadav (Madhya Pradesh), MK Narayanan (West Bengal) and Shivraj Patil (Punjab). The Modi-led NDA is also looking for replacement of Governor’s of another eight states who are due to retire by the end of this year.

Gujarat Governor Kamla Beniwal with whom Modi had major differences when he was Gujarat chief minister, may be spared as her term ends in October.