Eight world leaders have seen some of their tweets retweeted more than 24,000 times, reflecting major announcements and historic events, it said. 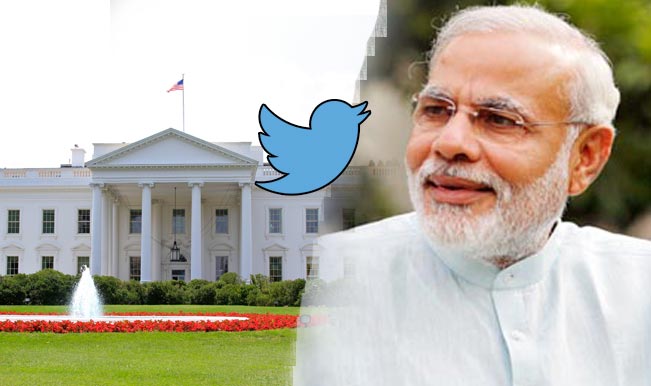 New Delhi, Jun 25: Indian Prime Minister Narendra Modi, who is the fifth most “followed” world leader on Twitter, may soon overtake the White House in terms of number of followers on the microblogging site, an annual global study of world leaders today revealed. According to Twiplomacy, a study conducted by global public relations and communications firm Burson-Marsteller, US President is the most followed leader on Twitter followed by Pope Francis, Indonesia’s President Susilo Bambang Yudhoyono, The White House and Modi. Also Read - Modi to Address UNGA Today | Sustainable Development, Climate Change Among Issues PM to Touch on During Session

“Since his election in late May 2014, India’s new Prime Minister Narendra Modi has become the fifth-most followed world leader on Twitter, with 4,956,244 followers,” the study said. It further added: “He is expected to surpass the US White House account (4,973,061 followers), within the next days and is using Twitter as a power tool to broadcast his messages.” Modi skyrocketed to the fifth place, leaving behind Turkey’s President Abdullah Gul and Prime Minister Recep Tayyip Erdogan at the sixth and seventh place, respectively.They each have more than 4 million followers each. Also Read - PM Modi Asks BJP Workers to Educate Farmers on 'Intricacies of New Farm Reforms' & 'Save Them From Rumours'

According to the study, Obama has 43.69 million followers, Pope Francis has 14.09 million and Yudhoyono has 5.06 million followers.
The study said the “meteoric rise” of Modi and Indonesian President shows that leaders of the most populous countries have a clear advantage in garnering “a large army of dedicated followers”. The number of followers of a country’s leader has even become a question of national pride, it added. Twiplomacy said it aims to identify the extent to which world leaders are using Twitter and how they connect on the network.

Earlier this month, Burson-Marsteller analysed 645 government accounts in 161 countries. Only 32 countries, mainly across Africa and Asia-Pacific regions, did not have any Twitter presence. The study also revealed that more than 83 per cent of all United Nations (UN) governments have a presence on Twitter, and two-thirds (68 per cent) of all heads of state and government have personal Twitter accounts. Eight world leaders have seen some of their tweets retweeted more than 24,000 times, reflecting major announcements and historic events, it said.

These include tweets like “India has won! The conquest of India. Good days are ahead”, Malaysian Prime Minister’s tweet about Malaysia Airlines flight MH370, the abdication tweet of the King of Spain and even more trivial Sochi Olympics bet between Canada’s Stephen Harper and Barack Obama.