Magar travelled to his home town some two years ago on Diwali. Since then he has not visited his family. 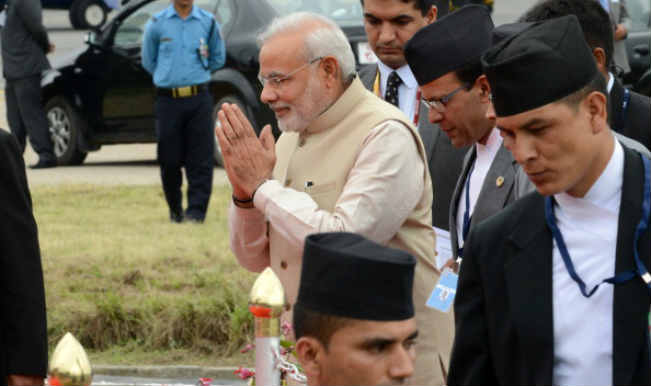 Kathmandu, Aug 3 : Hours after his arrival here on the first bilateral visit by an Indian prime minister in 17 years, Narendra Modi united Jeet Bahadur Saru Magar with his family members at a hotel in Kathmandu. The meeting between Magar and his family members was the first task undertaken by Modi on arrival here on a two-day official visit. A small function was organised at the Hyatt Regency Sunday afternoon where Magar’s brother and sister were present. Also Read - Rare Pic: PM Modi Once Went Paragliding in Himachal's Solang Valley, Instructor Recalls The Day

“Family reunion! Thanks to Narendra Modi a happy reunion for Jeet Bahadur and family,” external affairs ministry spokesperson Sayed Akbaruddin tweeted. In 1998, Jeet Bahadur Saru Magar came to India with his brother to find some work just like numerous other migrants from his country. For some time, he found work in Rajasthan. Unhappy with his job, he soon decided to return to Nepal. But destiny had other plans for him. At the railway station, he mistakenly boarded an Ahmedabad-bound train instead of the one going to Gorakhpur. Also Read - ‘Centre's Farm Bills Will Only Help Hoarders’: Mamata Says Will Take Steps For Interest of Farmers

In Ahmedabad, a woman took him to Modi who had not yet become the chief minister of Gujarat. Since then Magar has been in his care. Magar, who was staying with Modi till recently, has now shifted to the university hostel after Modi became prime minister and moved to New Delhi. Magar, who enjoys wrestling and cricket, wants to pursue MBA or MBS. Currently, he is pursuing a BBA degree from Ahmedabad.

Earlier in 2011, during a meeting with a Nepali industrialist Binod Chaudary, Modi asked him to trace Magar’s family. Chaudary managed to trace his relatives.  Magar travelled to his home town some two years ago on Diwali. Since then he has not visited his family.