In perhaps the first explanation of the US denial of visa for Narendra Modi, the Obama Administration today said the decision was taken by the "previous" government. 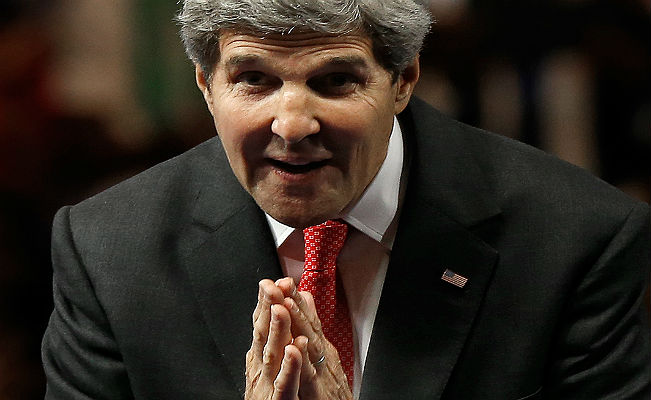 New Delhi, Jul 31: In perhaps the first explanation of the US denial of visa for Narendra Modi, the Obama Administration today said the decision was taken by the “previous” government. “It’s a very big deal. Different government, it’s a different government now. Just like it is here. We will welcome Prime Minister Modi. “He is going to get a welcome. Of course, he will get a visa. No question whatsoever. And we look forward to a terrific meeting with President Obama in September,” Secretary of State John Kerry told NDTV today.He was replying to a question whether the refusal of visa (by the Bush administration) was a mistake as the US government has done a complete turn around now. Kerry said there was no gain in discussing the past. “We are going forward. I don’t spend my time going backward in politics or who made what decision. What I try to do is solve current issues and Penny (Commerce Secretary) and I are here not to look backward but to look forward.”Modi was denied US visa after the 2002 post-Godhra riots under the provisions of a US law in connection with the killing of a large number of people under his watch as chief minister. Replying to questions, Kerry said the US would support India becoming a member of the Nuclear Suppliers Group and also the UN Security Council. Also Read - US SC Justice Ginsburg Dies Setting up Pre-poll Confrontation
Also Read - After US Announces Ban on TikTok From Sunday, Chinese App Says Will Fight Ongoing Crackdown Also Read - US to Ban TikTok, WeChat Downloads From September 20 Amid Security Concerns