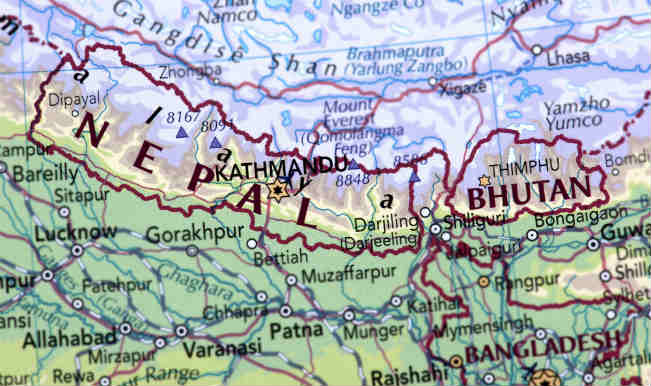 Also Read - 'China Back Off': Fresh Protests Break Outside Embassy in Nepal Over Alleged Chinese Intrusion

Kathmandu, Aug 3: Nearly 200 people were missing after a massive landslide in northeast Nepal that blocked Sunkoshi river, turning it into a huge lake and putting dozens of villages both in Nepal and India at risk of flash floods. A huge hill had suddenly collapsed at last morning burying 100 homes before dumping mud and stones into the Sunkoshi river at Mankha village in Sindhupal chowk district, 75 km northeast of the capital Kathmandu. Also Read - 16 Countries Provide Visa-Free Entry to Indian Passport Holders: Govt Tells Rajya Sabha

After the river was blocked by the landslide, a huge lake – estimated to be 2.5 km long with 130 metre depth – was formed in the area and the people residing in the nearby villages ran away to safer places fearing for their lives. “Nearly 200 people are said to be unaccounted for after the disaster,” media report said today. Also Read - Just a Day After Lifting Lockdown, This Country Reported 2020 New Covid-19 Cases

Eight persons have been confirmed dead so far, while a severed hand of another person was found yesterday, they said. However, the Ministry of Home Affairs put the missing figure at about 100. The Nepalese Army carried out low-intensity blasts to remove the landslide debris from the river to free the huge quantity of water accumulated in the newly formed lake, resulting in rise of water level of Kosi River in Bihar.

The Bihar government had issued a high alert yesterday and ordered evacuation of people living the low-lying areas close to Kosi, saying a 10-metre high wall of water could sweep down the river after the accumulated water becomes free. Meanwhile, a fresh rainfall today hampered a search for villagers believed to be buried under the debris in the area adjoining the artificial lake.