To revamp country's top 12 ports, the Centre has asked them to prepare land data base by October and come up with concrete plans by January next year to achieve international operating standards 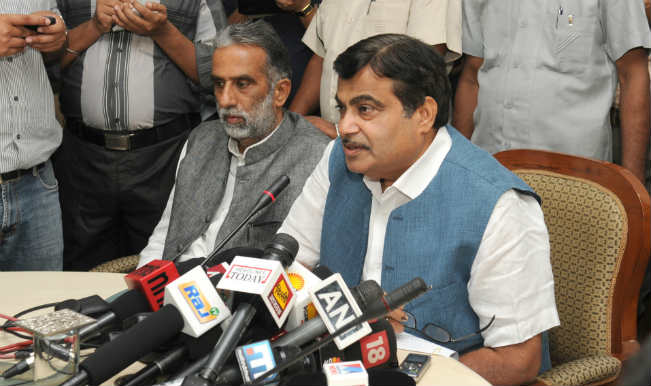 New Delhi, Aug 3: To revamp country’s top 12 ports, the Centre has asked them to prepare land data base by October and come up with concrete plans by January next year to achieve international operating standards. The directions were issued by Road Transport & Highways and Shipping Minister Nitin Gadkari, who has asked all major ports to come up with a shelf of projects to augment their capacity to 1600 million tonnes (MT) from the present 800 MT, an official said Also Read - Cristiano Ronaldo or Lionel Messi? Most Admired Sportsman in The World Revealed

“All Major Ports were directed by the Minister to prepare a computerised inventory of land assets along with GPS based digital maps in three months. Ports were asked protect their lands by fencing and have close monitoring to prevent encroachments,” the official said.
The directions assume much significance as leveraging of land resources for commercial advantage would generate additional revenue for ports. Also Read - Rhea Chakraborty's Lawyer Reacts To Sushant Singh Rajput's Lawyer's 'Strangulation' Statement, Says 'Conclusion On Basis of Photos is Dangerous'

The major ports in India have between them 2.64 lakh acres of land, which is a major resource and can be understood from the fact that only Mumbai Port Trust has about 753 hectares of land with it, valued at about Rs 46,000 crore. “A two-Member Committee comprising director general of shipping Gautam Chatterjee and advisor RC Sinha will look into the changes suggested by chairmen of major port trusts in the existing land policy guidelines. Ministry of shipping will take measures to revise the Land Policy Guidelines based on the Committee’s Report, which is expected in a month’s time,” the official said.

Under the new policy guidelines, land can be allotted only through licensing in custom bond areas by inviting competitive bidding, while land outside custom bond areas can be leased through tender-cum-auction. As per the land policy guidelines, the boards of respective ports can approve leasing of land for a period up to 30 years. For leasing of land beyond 30 years and up to 99 years, approval of the Government has to be obtained.

“Gadkari has directed all major ports to prepare an action plan within six months to achieve international standards in terms of efficiency parameters by comparing the present parameters with international benchmarks,” the official said.
Gadkari also assured ports that a “level playing field” will be prepared for them in order to give them freedom to fix tariff as par with non-major ports.

The development comes in the backdrop of non-major ports eating into the share of major ports as there is no parity in the regulation mechanism between the major port trusts and the non-major ports. The 12 major ports in India – Kandla, Mumbai, JNPT, Marmugao, New Managlore, Cochin, Chennai, Ennore, V O Chidambarnar, Visakhapatnam, Paradip and Kolkata (including Haldia) handle approximately 61 per cent of cargo traffic.