No drumbeats in the lives of dholki makers

"Children of rich people go to school. Our children will only move from one place to another with us. They will live and die like us," he rues. 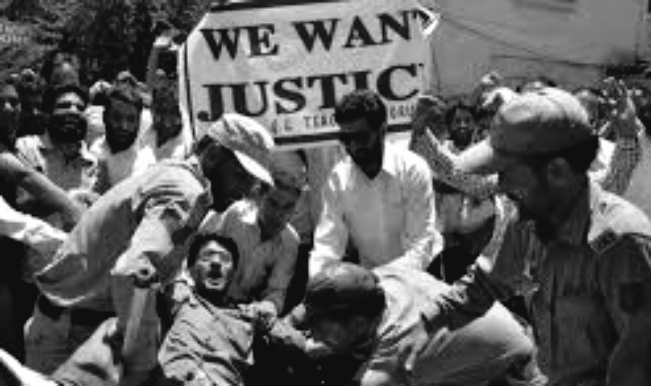 Jammu, June 28 : Pleasure, joy and celebrations are associated with the musical instrument ‘dholki‘ that, irrespective of caste, religion or region is used widely across our country. Be it Marriage, Keertan, Qawwali, Bhangra, Garba, Bhand Pather or any tradition anywhere, the dholki forms an integral part of the musical celebrations. Ironically, the makers of this musical instrument have little cause for celebration. And so has been the case for generations now. Also Read - Horrifying: Lucknow Woman Allegedly Crushes A Puppy With Her Heels, FIR Lodged After Video Goes Viral

Since we are landless farmers, we had migrated to Jalandhar from our native village Sheikhpur Makdoom in Lucknow, in search of markets for dholkis, which find relatively more takers in the regions of Punjab, Himachal and Jammu and Kashmir,” shared Sikandar Ali, adding that they have to keep moving from one place to another throughout the year carrying along with them their bedding, rations, utensils and raw material for making and repairing the dholkis.

Life in Jalandhar, he recalls, was no better. One hundred and fifty families were put up in small kiosks adjoining the industrial area. The women would work as domestic help in nearby colonies while children, instead of attending school, are busy collecting scrap items. The men are either involved in unskilled labour or are busy making dholkis. No one has attended school for the last many generations; and there is little to show that the trend is likely to change now.

“Children are, in a way, forced to stay away from school since whatever little money they earn by collecting scrap adds to the collective income of the family that brings in the bread and butter,” says Ali regretfully. Another dholki maker, Naseer Mian, regrets the fact that, at this rate, their children’s lives will be no better than theirs. “Children of rich people go to school. Our children will only move from one place to another with us. They will live and die like us,” he rues.

Ramjan Ali, a twenty-five year old dholki maker from the community, while sharing his views about the future of the youth, says, “I have been running around with my father for the last seven to eight years, selling dholkis. People like us are not destined to study. Even if we do study, what difference will it make? Clearly, his views reflect the hopelessness towards the system and the future. The majority of dholki makers at JDA’s parking lot have unshaven faces, are dressed in dirty clothes with lips shaded red from chewing too much paan. They seemed unconcerned about their appearance. But Ramjan was quick in asking for some assistance.

“None of us have taken a bath for the last one month. We were restricted by horse-keepers, from bathing and washing our clothes at the hand-pump near Hari Singh Park. And the water of River Tawi is very cold and filthy,” he said and appealed for some help in making clean water available. Here in Jammu, they follow a strict hectic schedule that includes waking up early in the morning and preparing the day’s meal before venturing out to sell dholkis in the nearby tehsils and villages, returning at dusk to make dholkis and prepare the next meal.

“We have no problem in spending night at JDA park, but whenever it starts raining, we immediately have to cover our dholkis under the tent and take shelter in the verandah of the adjoining building,” he said. The Charkha Development Communication Network feels that ignorant about whom to turn to seek opportunities for a better life, they only hope for a day when their youngsters will be able to not only make, but also celebrate the existence of a dholki.