An estimated 6.4 million people were eligible to vote Monday for the five seats, which have a total of 51 candidates in the fray. 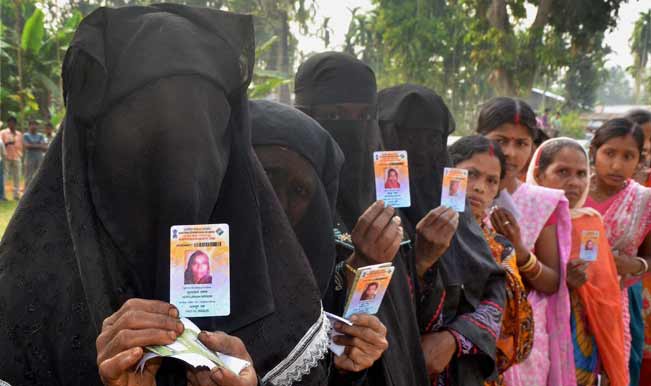 As balloting began from 7 a.m., people queued up at polling stations in the state’s five constituencies – Tezpur, Jorhat, Kaliabor, Dibrugarh and Lakhimpur. Brisk polling was seen barring a few booths where the process was delayed due to technical snags in the electronic voting machines (EVMs). Also Read - School Reopening News: Assam to Resume Physical Classes For 10th Standard Students From Sept 20

With 53.89 percent of polling, Tezpur recorded the highest voting so far among the five constituencies, followed by Kaliabor with 51.04 percent, Lakhimpur with 49.43 percent, Jorhat with 48.02 percent and Dibrugarh with 45.82 percent, the electoral office said.

Polling was peaceful in all the five constituencies, even as the day coincided with the ‘Raising Day’ of insurgent outfit United Liberation Front of Asom (ULFA). Although there were no direct threats by the militants this time, police and security forces were deployed in strength to ensure smooth polling.

An estimated 6.4 million people were eligible to vote Monday for the five seats, which have a total of 51 candidates in the fray. The second phase of polling will be held April 12 in three of the state’s total 14 constituencies – Silchar, Karimganj and Diphu (autonomous district).

The third phase will be held April 24 in the remaining six constituencies – Gauhati, Barpeta, Nowgong, Dhubri, Kokrajhar and Mangaldai.